Warning Not to Use E15 Gasoline

“ AAA (The American Automobile Association) has expressed a warning not to use E15 gasoline to avoid vehicle damage and possible voided warranties from their manufacturers.  The blend is one of EPA’s (Environmental Protection Agency) latest blends which consists of 85% gasoline and %15 ethanol.  According to AAA’s survey about the matter, only 12 million out of more than 240 million light-duty vehicles on the road at present are approved by manufacturers to use this gasoline blend. “ 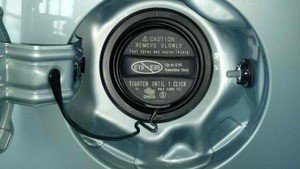 Where the Warning Not to Use E15 Gasoline All Started

In response to a request of 54 ethanol manufacturers and the Growth Energy under the Clean Air Act, the EPA has decided to grant two partial waivers which allowed the use of E15. These waivers allow (yet do not require) the introduction into the market of a gasoline blend that contains greater than 10 volume percent ethanol and up to 15 volume percent ethanol for models 2001 and newer. These decisions were decided upon the test results provided by the U.S. Department of Energy (DOE) and other test data regarding the possible effects of the blend on vehicle emissions.

Head of AAA Robert Darbelnet, however, gave a warning not to use E15 gasoline and recently told Congress that the biofuel industry and the federal government haven’t done enough to inform motorists regarding the dangers of higher ethanol blends into cars and trucks older than the 2012 model years.

At least ten car companies have already announced that they will not accept any claims of damage and provide warranty coverage to those who will experience problems with their car due to use of this blend. Just some of these companies are brand leaders like Toyota, BMW, Nissan, Chrsyler, Honda, Ford, KIA, and Mercedes-Benz. These automakers have already earlier criticized E15 due to its corrosive effects on fuel pumps, engines, and other fuel-system components in cars that were not engineered for gasoline with high ethanol content.

Reasons Behind the Warning Not to Use E15 Gasoline Blend 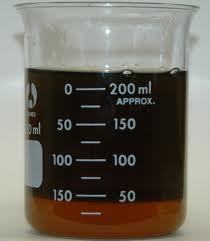 Engine Damage Due to Phase Separation

The only vehicles that do not have to worry about this warning not to use E15 gasoline are the flex-fuel models, 2012 model-year, 2013 model-year Ford vehicles and some newer Porsche’s and GM vehicles along with most 2014 model-years. It’s confusing at best.

One of the reasons behind the warning not to use E15 gasoline is a concept called phase separation. When an ethanol is pumped into a gas tank, it is expected to uniformly dissolve into gasoline. Alcohol, however, tends to hold and absorb water which can cause the temperature within the tank to change. When this happens, air has to be vented in and out of the tank which can then cause it to split or bulge. Once the H2O in the gas reaches its saturation point, all the alcohol and the water will settle into the tank’s bottom. This phenomenon is called phase separation and causes the fuel to lose its homogeneous mixture.

Beside the water concentration, phase separation can also happen due to temperature drops. When phase separation happens, the fuel pump will pick up the alcohol-water mix and cause the engine to run roughly or in some extreme cases, not run at all. This may explain some of the recently reported engine and transmission problems from consumers in the latest J.D. Power and Associates Vehicle Dependability Study article we reported on here. In addition to this, there is less than 1/3 energy per gallon of gasoline that has ethanol in it than regular gasoline that does not have ethanol in it. This means that you are filling up more often, costing you more as well as losing precious horsepower and torque. 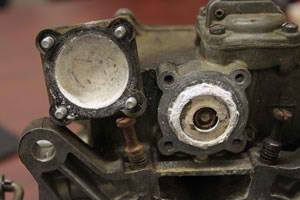 Warning not to Use E15 Gasoline Due to its Corrosive Nature

Alcohol is corrosive in nature and so is E15. In fact, it is so corrosive that it has to be delivered to gasoline stations placed only in specialized stainless steel tankers. It can degrade rubber, plastic, and even metal parts in the fuel system that weren’t made for fuel containing high amounts of alcohol.

Moreover, the corrosive nature of alcohol can also destroy fuel system and engine gaskets, which drive up repair costs dramatically. The alcohol also oxidizes inside the tank and can leave behind a brown “glop” that can continue to damage fuel systems. 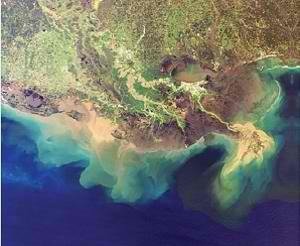 E15 and the Environment

The warning not to use E15 gasoline does not only relate to the damage it can cause to automobiles but to the environment as well. In addition to more lands being converted to corn fields to support the production of ethanol, use of this can also wreck havoc on bodies of water as well.

One very particular example is the Gulf of Mexico. In order to support the lands converted to corn crop lands, large amounts of fertilizers are obviously used by farmers.  This, however, will only push larger amounts of phosphorous and nitrogen into the Gulf and lead to the development of larger dead zones.

EPA and its Stand on E15

One of the things that critics commonly say against the use of E15 is the lack of testing done to it.  According to professionals, testing of new gasoline blends usually take years and the E15 blend clearly did not have this.

Growth Energy, however, was adamant in saying that before E15 was released to the public, it already underwent rigorous testing by the EPA and DOE. Despite this, both automakers and fuel agencies see this claim as insignificant. Mr. Darbelnet proposes that use and sale of E15 should be suspended until  proper consumer education and pump labeling has been implemented by the EPA. 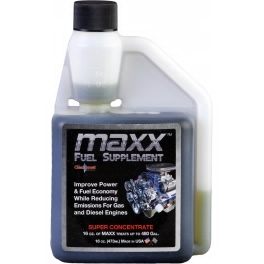 Possible Solution to the E15 Problem

With a warning not to use E15 gasoline, what can you do as a motorist to work around the risks and problems this blend imposes?

As mentioned above, a very big drawback of ethanol blends is that is has 1/3 less energy per gallon compared to straight gasoline so it provides lesser fuel economy and power. One of the strongest and most effective ways to solve this is to use a quality fuel additive that can help the blend have the same energy level that straight gasoline has. CleanBoost® MAXX™, for example, can do just this. When used at the recommended levels, it can improve fuel efficiency and combustion efficiency by liberating more of the chemical energy in the fuel. Just remember that all gasoline sold in the United States contains at least 10% Ethanol right now. There is no better way once again, to offset this than by using a quality fuel additive like CleanBoost® MAXX™ to bring the energy level back to what straight gasoline once was. This will equate to restored fuel economy and engine power. You can get it at your favorite off-road retailer or check it out online here.

12 Everyday Tips to Reduce Your Exposure to Common Driving Hazards

" Driving is the most popular way for people to get from point A to point B all around the world. However, it often comes with its fair share of dangers and hazards. That being said, you may want to find ways to reduce your driving hazards as much as possible. Here are some tips on what you can do. " Tip #1 - Staying Safe at Intersections ...