What Happens if You Mix Different Types of Antifreeze?

Every vehicle uses an antifreeze, which is the coolant that regulates the engine's temperature. And there are numerous types of antifreeze to choose from, with each having its unique color.

If you are not aware that there are different colors of antifreeze, you might purchase the wrong type and end up with two different antifreezes. 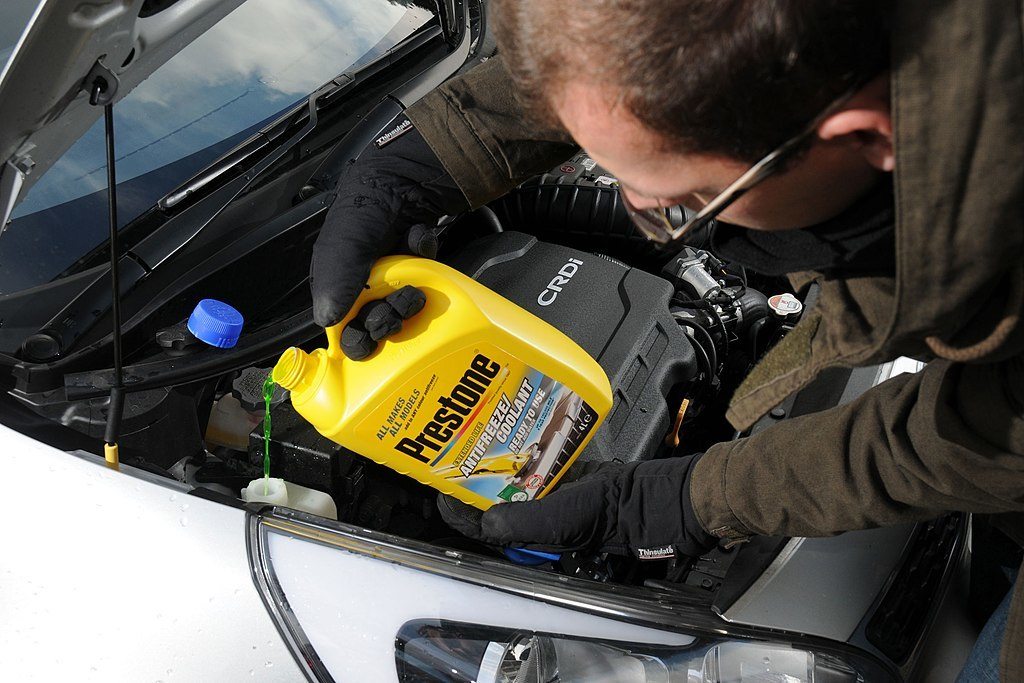 There are two major antifreeze colors; the traditional green coolant and the Dexcool-dependent orange coolant. Though, there are other less common types like blue, pink, and gold antifreeze, etc.

So, you can identify antifreeze by its color, but sometimes it is not reliable. You are advised to double check before concluding what sort you have. The other ways to confirm the type of antifreeze you need are flushing out the coolant and checking the antifreeze specification for your engine.

When it comes to antifreeze, this is the most popular type used in many vehicles.

Green coolants are designed for older cars (pre-2000). This type of coolant is also called Inorganic Additive Technology (IAT). The green coolant does not last long compared to the orange antifreeze. It is recommended to change IAT coolant every 36,000 miles or three years (whichever comes first).

However, you need to double-check against your car's recommended service before changing or flushing out the antifreeze every few thousand miles.

The orange antifreeze is a GM manufactured product often called Dexcool. It is made from a more modern formula called Organic Acid Technologies (OAT).

This type of coolant promises a cooling coverage for every 150,000 miles before you can flush the cooling system. And this changing interval is the best among all the types of antifreeze because it offers a longer service life.

But, the challenge is that the orange antifreeze does not deliver as promised. Also, for safety and precaution, always ensure a double check on the coolant as it will be risky to rely on only the color of the antifreeze. In other words... you're always better off to check with your owner's manual to confirm which to use.

Do not be surprised when you find your antifreeze's color like gold, pink or blue because they are the less common type of coolant. So, your car or truck manufacturer might decide to use any of these depending on their choice and preference.

The differences between these antifreezes and coolant mixes, lie in the type of additive they use. Though they all use glycol, but can also use other additives.

Remember that you can flush out the entire cooling system if you cannot identify the antifreeze in your car. And, your warranty can be voided if you use another type of antifreeze on your vehicle. So it's best to exercise caution. 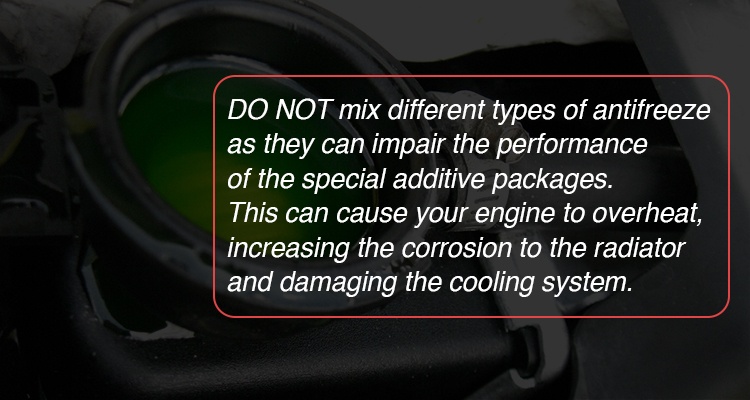 Mixing antifreeze is a bad idea that can cause serious damage to the engine and your car in general. But, it is the type of antifreeze you mix that determines the outcome or impact on your vehicle since they all have different chemical compositions. So, if their chemical composition is the same, but the brands are different, you can safely use one for another in most all cases.

What Happens If You Mix Green and Orange Coolant? 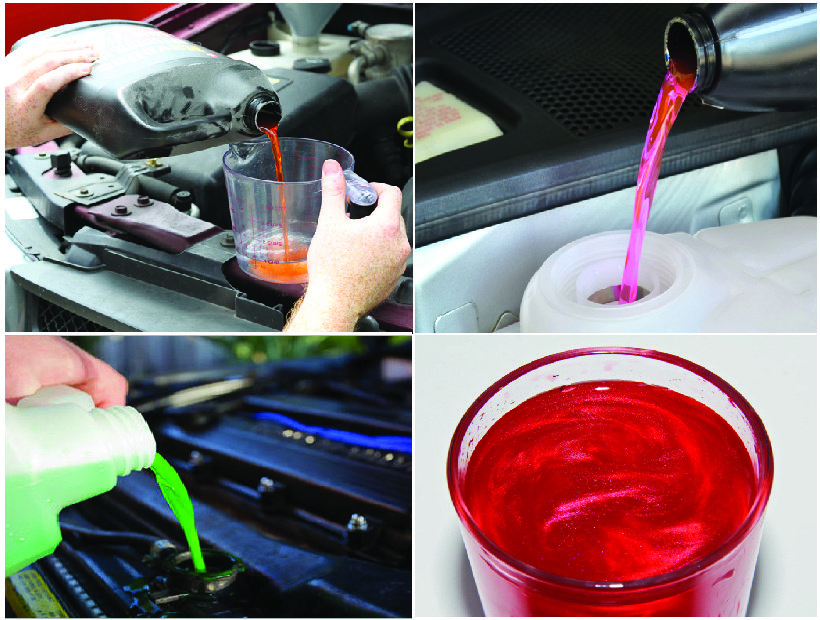 Since the green and orange coolant are the most popular type, they are the ones that will experience accidental mixture.

When a green and orange antifreeze mixes, they form a thick coagulant that gums up the system. And the impact is very severe, as it shortens the lifespan of the coolant and causes the engine to overheat in many cases. Overall, mixing the green and orange coolant can damage your cars' coolant system.

There is a false narrative that when you mix both, the lifespan is increased. This statement is false, and you should not try it to find out. So, avoid mixing different coolants, except it is by accident.

What To Do In Urgent Circumstances

Sometimes, you might take your vehicle unaware in the middle of nowhere... and you might need to top off your coolant. At that point, there is always the temptation of getting any antifreeze to top it off.

As already explained, this is a terrible idea. So, now the question is, what can you do? The simple answer is to add some distilled water instead of another type of antifreeze.

Adding Distilled Water to Top Off Your System 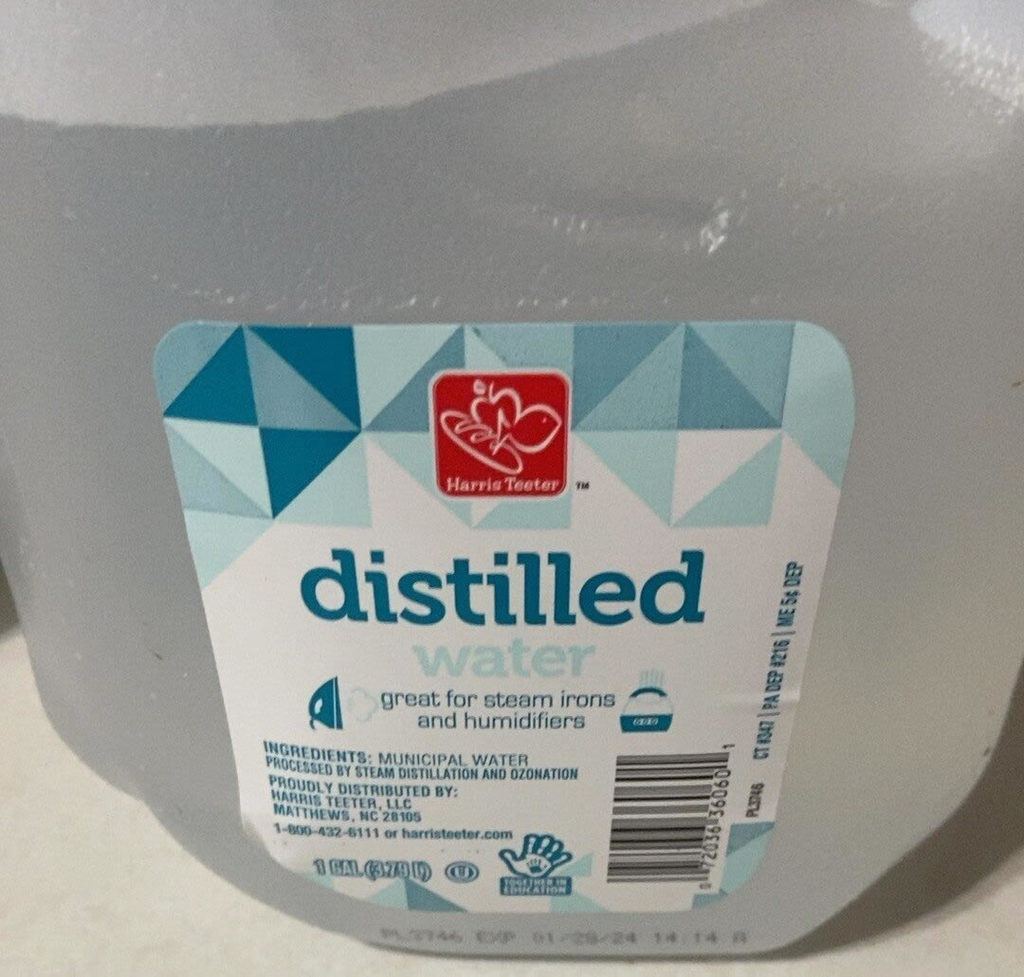 Suppose for a moment, that your car system comprises 90 percent water and 10 percent antifreeze. In that case, it will still have a freezing point of 26 ℉. This is only to illustrate IF you had to add a lot of distilled water to the system to get you out of an emergency.

When you add water, the freezing point increases in temperature and the boiling point is reduced.

How To Choose The Right Antifreeze For Your Vehicle

In choosing the right antifreeze, two things are paramount: the owner's manual and the product's compatibility. If you neglect these two things, you might make a grave mistake that will cost you a few hundred or even thousands of dollars to repair.

When It Comes to Different Types of Antifreeze, Check Your Owner's Manual

This is very simple, unless of course, you don't have one. Open your owner's manual and search through it to get the manufacturer's recommendation on the correct antifreeze and coolant mix for your car.

But, in a case where you cannot find the manufacturer's recommended coolant, you can use the alternatives, which are dependent on the chemical composition. These equivalent options will show you the compatibility in the product sheet.

Suppose the recommended coolant has the same composition as another brand. In that case, you can use that as a substitute, and it should be fine.

There is always the urge to try to bypass protocol to save a few bucks. However, when it comes to antifreeze, mixing different coolants costs you more at the end of the day. So, it is wise to avoid it.

You can still save a few dollars by adding distilled water instead, but this should be a temporary solution only. Always avoid the use of tap water due to some chemicals that can lead to corrosion in the cooling system.

All-Weather vs All-Season TiresThanks to advances in the tires industry, categorization of tires has been significantly changed for all-weather vs all-season tires. For instance, all-weather tires weren’t such a thing 5 years ago. Yet, lately, they’ve started to take place of all-season tires. Well, maybe not entirely, but hey, they’re a better ...