“For the first time in 15 years, the results from the J.D. Power 2014 U.S. Vehicle Dependability study showed that engine and transmission problems rise in 3 yr. old vehicles as compared to that of last year. And one of the major reasons for this is supposedly the increased customer dissatisfaction with engines and transmissions.“

Results of the study showed that one of the reasons for the decline in dependability and the reasons engine and transmission problems rise, are the changes that automakers have implemented on their models beginning for the model year 2011. Results of the study also points to 4-cylinder engines and their transmissions as one of the major contributors for this decline in performance.

Vice president of global automotive at J.D. Power David Sargent said that until this year, they have seen a continuous and steady improvement in vehicle dependability. However, as automakers are pushed to improve fuel economy, they are also put under the pressure of ensuring high levels of customer satisfaction with powertrain solutions. This fact is well supported by the existence of other continuing problems like rough transmission shifts, engine hesitation, and lack of power. 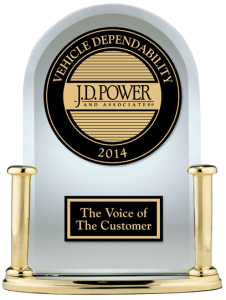 The study conducted by J.D. Power made use of 2011 model year vehicles. To arrive at its results, drivers of these vehicles were asked about the problems they have experienced with their vehicles.  Vehicles, defects, and automakers were then ranked in a scale of problems per 100 vehicles (PP100). So for example, if a brand gets 50 points, then that means 50 problems were reported for every 100 of a particular brand of vehicle. For this case, the lower the score, the better the dependability of a brand is. This year was marked as the first ever since 1998 that engine and transmission problems rise again in reported volume.

So what really went wrong? What is the real reason behind the engine and transmission problems rise among newer car models? 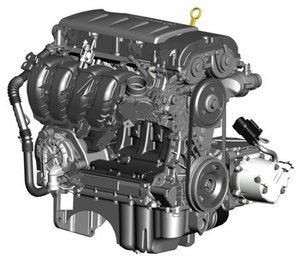 Engine and Transmission Problems Rise due to the 4-cylinder Problem

Over the past two decades, but more especially in the past five years, automakers have started to shift from using V8 and V6-cylinder engines to 4-cylinder engines for general vehicles and 4-cylinder turbocharged engines for vehicles that are more performance oriented. The biggest reasons behind this are the federal government mandates which force automakers to do something to reduce overall fuel usage and manufacturers wishing to have bigger fuel savings.

At first glance, this shift seems really helpful. However, a closer look at this change, particularly on the 4-cylinder turbocharged engines show that when compared to modern 6-cylinder engines, there are very few cases wherein the 4 cylinder engine matches the fuel economy and power of the latter.

Moreover, results from the study showed that 4-cylinder engines have experienced engine and transmission problems rise at a rate of 10 problems per 100 vehicles. This is a very significant rise and J.D. Power found this problem accounting for almost all of the 7 PP100 vehicle increase overall. 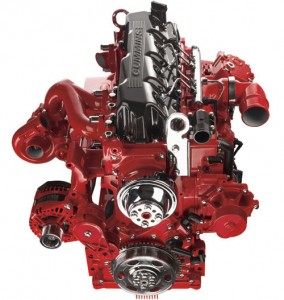 Another significant thing that the study found out is the fact that engine and transmission engines problems rise more in larger diesel engines. The reason behind this is because automakers are always looking for ways to improve fuel economy because it is one of the biggest purchase motivators for a lot of consumers. However, modifications have caused these engines to have sluggish engines, rough shifting of automatic transmissions, and lack of engine power. Again, all these problems are most common in 4-cylinder engines as well as large diesels and are more problem prone than the 6 cylinder and V8 engines. 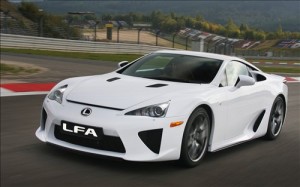 Results of the 2014 Vehicle Dependability Study

Lexus is currently the highest-ranked brand for vehicle dependability this year with an average of 68 problems per 100 vehicles. Coming next with a significant margin is Mercedes-Benz with 104 PP100 and Cadillac with 107 PP100.

When it comes to mainstream brands, Buick is the highest with 112 PP100 followed by Toyota and Honda with 114 each. The industry average for this year is 133 PP100. Looking at the corporate level, General Motors (Cadillac, GMC, Chevrolet, and Buick) got the most dependability from all other automakers with eight of its models at the top of their respective segments. Toyota Motor Corp. got seven awards for its Scion, Toyota, and Lexus brands while Honda Motor Co. garnered six awards for its Honda and Acura brands.

"On February 18, 2014, President Obama visited the Safeway distribution in Upper Marlboro, Md., where he announced the news about the government’s newest move in tightening fuel efficiency standards for both medium- and heavy-duty trucks. This new mandate, according to the president, is part of his ongoing efforts against climate change as well as ...