The Pressures of Drag Racing

“ A quick throwback into the past of drag racing shows that the sport is riddled with problems that not only involve technology but the sociological as well. Bracket racing, female drivers, beer sponsorship, fee size vs. payout size. These are just some examples of issues prominent in the world of this popular sport. All of these serve as solid proof of the fact that the state of drag racing highly depends on the state of participants and fans being drawn to the sport. “ 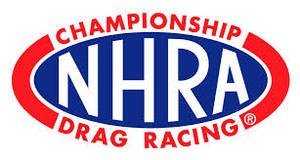 The Views of Drag Racing

Two different types of belief exist when it comes to the state of drag racing. One side is convinced that like the NBA, this sport does not need a central and professional sanctioning body to manage everything about the industry. Another side, however, is convinced that the sport needs a sanctioning body like the NHRA to keep the health of the sport going. In fact, there are people who believe that the life of drag racing will die together with the dwindling of the NHRA. Why? Because just like other professional sports such as football, hockey, and baseball, drag racing can only evolve and progress if it is under the wing of one sanctioning body, and only one.

The Pressures of Drag Racing

Other pressures of drag racing lie on the importance of its sponsors. With the death of NHRA’s founder Wally Parks, professional assets of NHRA are being sold and sponsors from the Top Fuel ranks in the NHRA are slipping away. These cause a large impact not only to the whole industry alone, but to drivers as well who will have to adjust under the new management of the association.

One of the most important focuses of drag racing is to attract spectators in the first place. But with lack of enough number of sponsors, teams will struggle and the interest on the sport itself will die down with this as well. 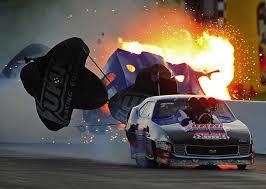 Lately, one of the biggest issues that NHRA has to deal with is the on-going problem relating to chassis and tire failures which have led to injuries and the demise of some of its premier stars. Despite the safety standards set during a race, the possibility of potential problems springing up here and there still stays. Glory may be a big part of this sport but so is risk as well.

Looking for sponsors is also a very big struggle for drivers too. This cycle is by far one of the most difficult pressures of drag racing. The thing is that sponsors only start to come once a team or a driver already has a good track record of wins. The problem is that drivers can’t even get to the race tracks in the first place because of lack of sponsors. What others do then is to start very small. For example, some drivers use shops that do their tires and engine first. Others fork their own money and combine it with whatever amount an initial sponsor has given them to enter a race. Trying to find sponsors that stay with the driver and team can prove to be a real challenge. You need to win to impress sponsors but you also need them to enter races in the first place. 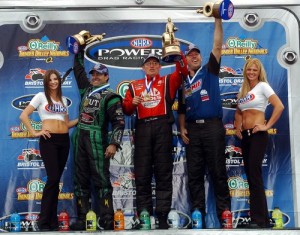 The third biggest issue among the many pressures of drag racing drivers today… is money. As an example… if 48 cars show up for a 16 car field, that means that for every car that will be able to race, there’s two who have joined that won’t be allowed to qualify for this race. The teams of these cars have already paid the expenses of getting to the track, lodging, etc. and due to not qualifying for one reason or another (car not fast enough, mechanical issues, tire failure, etc.) aren’t even given the chance to race in final eliminations. Now among the remaining 16 which were qualified to race, only a few will actually have a chance of winning the money.

The thing is, when it comes to drag racing, the expense and risks are always greater than the chances of getting the prize. Since the chances of winning are very limited, drag racing is said to be only reachable for all but a handful of people. Add this up to the issue of elusive sponsors and you have a classic problem.

Moreover, trying to go professional for this sport also requires personal sacrifices as well. In order for teams to establish themselves, they have to join as many races as possible, leaving their homes and their families behind or arranging for them to come to a race event. So now not only do you have safety risks and financial problems in the list of pressures of drag racing, you also have to deal with emotional dilemmas as well.

Drag racing is a sophisticated sport. It promises glory, fame, and riches to its champions. At the same time, it also requires a lot from its potential heroes as well. Learning how to deal with the pressures of drag racing is one of the key factors needed in order for drivers to be a step closer to the goal of winning championships.

"Horsepower or torque are relatively simple measures of engine performance. However, they remain the ones that are mostly misunderstood by the public. One of the reasons for this misunderstanding is the message that most automobile commercials give which always focuses on presenting impressive numbers of these two elements. But what do these numbers ...