“Horsepower or torque are relatively simple measures of engine performance. However, they remain the ones that are mostly misunderstood by the public. One of the reasons for this misunderstanding is the message that most automobile commercials give which always focuses on presenting impressive numbers of these two elements. But what do these numbers mean and how are they really connected?“ 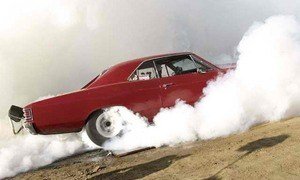 Engine power is measured through a dynamometer which functions by placing a load on the engine and measuring the twisting force the engine crankshaft places against the load.

Torque is best described as the turning force and in automotive applications is measured in foot-pounds (ft-lbs) or Newton-meters (N-m). In vehicles, torque is measured by a dynamometer at various engine speeds or revolutions per minute (RPM).

The Difference and Connection between Horsepower and Torque

The torque times RPM divided by 5,252 is the formula used to arrive at horsepower. One of the main characteristics that determine horsepower from torque is the fact that torque is easier to measure than horsepower. Torque is defined as a rotating force that may or may not result in motion. Torque at the wheels can determine how quickly a certain speed can be reached. The greater the torque figure, the faster the vehicle’s acceleration as well.

Horsepower, on the other hand, is a term used to determine how fast a vehicle can travel. Three elements are usually considered when talking about horsepower namely the amount of weight involved, the distance in which the object is being moved, and the time of how long this process takes. The figure for gross horsepower moves the majority of loads from the engine and is the measurement commonly used for manufacturer and advertising literature.

Which is better… Horsepower or Torque?

Now that we have an understanding of the differences between these two terms, it’s time to answer the age old question of which is better between them. Is it horsepower or torque?

The answer to this question, however, is very much dependent on the driving style and the vehicle type used. Below, we will discuss which between horsepower or torque is better suited for certain vehicles and activities.

The majority of large commercial and heavy-duty trucks have diesel engines which generate more torque than their gasoline powered counterparts. Generally, the bigger the towing job, the larger the displacement engine will be needed. One of the reasons is because towing places a lot of strain on the engine and drivetrain, so the bigger the torque of a vehicle, the lesser the wear and tear is.

Therefore, when asked to choose between horsepower or torque, the answer would be torque in this case because it is better for towing trucks to have torque since the power at low-end rpm that high levels of torque provide can easier move and accelerate huge loads. There are even some diesel trucks that produce twice as much as torque than horsepower to enable them to easier pull things such as trailers and boats.

The same also goes for semi-trucks. Torque is a measure of twisting power and having more of it enables the semi-truck to have the power to twist the drive shaft and move the heavy weight being towed. 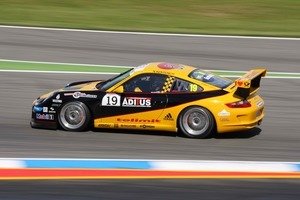 The debate versus horsepower or torque for racing is a little more debatable. Some racers definitely vouch for high horsepower while others prefer having good figures with both. One of the common misconceptions, however, is that horsepower is the one responsible for moving a car down a track. Low speed applications, however, involves the application of torque with horsepower only jumping in to keep the speed going. In other words, both are important when it comes to racing. In a ¼ mile drag race, for example, the first half makes use of the torque while the last half where speed and overtaking is important makes use of better horsepower. 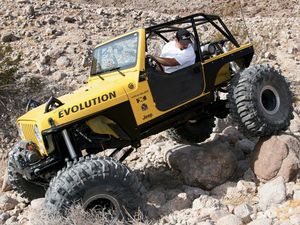 Off Road Vehicles for Rock Crawling

When driving off-road, speed is not really a very important element in vehicles due to all the rocks, verticals, sand, and mud one has to go through. Here, torque is something all drivers prioritize in the debate of horsepower or torque, because it is the force that enables the driver to easier go through an obstacle. The greater the initial low-end torque, the better and easier it is to go over rough driving surfaces.

Daily driving involves applying the best optimum output for both horsepower and torque.  This doesn’t always necessarily mean the highest figure but rather where torque performs at its best. Daily driving doesn’t always necessarily demand a quick pick-up of speed so for the regular stop and go traffic, it is best to keep the rpm in the torque range for an engine’s design for best acceleration and optimum fuel economy. Note that this won’t necessarily provide the fastest take-offs however, since it is daily driving duties you are mostly operating in and this is considered acceptable. 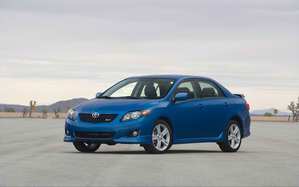 Fuel efficiency varies from vehicle to vehicle. During acceleration, however, fuel efficiency improves as RPM increases until it reaches a point near peak torque. Experts generally recommend accelerating quickly but smoothly for better fuel economy. As for horsepower, a small car might only require 100 to 150 horsepower in order to be geared for 2,500 RPM. However, for maximum fuel economy, an engine might only need to run at around 1,000 rpm. If you consider this and choose between horsepower or torque, then one might say that torque plays a much larger role when it comes to fuel efficiency.

Whether it’s horsepower or torque or a careful balance of both that you’re after… it’s important to maintain your vehicle with proper fluid and filter changes. Friction is public enemy number one. Engine friction accounts for 27% of the entire power loss on an average vehicle followed by friction from rolling tires (21%) and the weight of the vehicle (20%). These represent over two thirds of total friction loss. After following the manufacturer’s recommended fluid & filter changes, the next most important thing is to figure out how to reduce friction & heat. One of the best ways to accomplish said task, is through the use of an advanced metal treatment.

By reducing friction, one can increase horsepower or torque as desired, along with preserving expensive engine components. One of the most advanced metal treatments ever created… and tested rigorously through independent lab testing is a product called CleanBoost® EMT™ Engine & Metal Treatment. This particular metal treatment is what can safely double engine life when used in accordance with manufacturer’s recommended oil & filter change intervals by simply adding in 1 oz. per quart of lubricant capacity. No need to worry about overfilling, as EMT­™ is completely absorbed into the metals and motor oil or any other gear oil, whether it is conventional or synthetic.

ASTM (American Society for Testing and Materials) testing has proven just how effective EMT­™ is in treating chronic metal fatigue and reducing friction in the most demanding applications. EMT­™ has been through and passed 15 ASTM test procedures with independent labs to ensure product quality in every application that it is recommended in and for. Finally, EMT­™ will not void any factory warranty.

"For the first time in 15 years, the results from the J.D. Power 2014 U.S. Vehicle Dependability study showed that engine and transmission problems rise in 3 yr. old vehicles as compared to that of last year. And one of the major reasons for this is supposedly the increased customer dissatisfaction with engines and transmissions." Results of the study ...