Oil Changes: How Often Do You Need Them?

The lifespan of your engine oil depends on a lot of factors including, viscosity, miles travelled, type of oil used, the oil quality and manufacturer's recommendation. These factors are necessary in detecting the oil life. In this article, we will provide some "down-to-earth" information on each of these factors, equipping you with the guidance you need to arrive at how often you need to change your oil.

Generally, an oil change is required when the oil color changes from its lofty golden hue, to a more sinister looking black.

However, some engine oils might be due for a change without changing color. Once the viscosity deteriorates, it is time to change it.

Quick Navigation - Improve Vehicle Emissions
What is Viscosity?
What Do the Oil Numbers Mean?
How Does Oil Protect My Engine?
A Simple Guide on Oil Change Duration
Beyond Lubrication, What Does Oil Do Within the Engine?

One of the pertinent features every engine oil must possess is viscosity. It is defined as the measure of thickness of a liquid substance or flow inertia. For instance, honey is thicker than water, so honey is considered more viscous than water. Standard engine oils ought to adjust to the right viscosity at any given temperature.

Assuming it gets too viscous in low temperature, it won’t reach every part of the engine during colder startups. Also, if it expands too much at high temperatures, it won’t serve its purpose, which is to protect engine parts. Proper regulation of oil viscosity increases the energy efficiency and prevents the wear and tear of engine parts.

So as to increase the oil efficiency, manufacturers often add viscosity modifiers. These are the oil components that adjust the viscosity of the oil during hot weather, but have little or no effect on its performance during cold weather. Therefore, your oil is able to circulate the engine in the cold and retain its thickness (more viscous) when the weather is hot or during the summer.

To get the perfect viscosity for your car engine, you should consider consulting a professional mechanic or carefully review your manufacturer’s oil recommendations and precautions, while paying attention to the recommended SAE values. It is also important to adjust the engine oil according to the weather.

What Do the Oil Numbers Mean?

Oil numbers refer to the combination of numbers and letters that stipulates the viscosity of engine oil during winter or summer. For instance, SAE 5W-30 indicates that the oil will possess a flow resistance/viscosity of 5-weight in the winter and it will adjust to 30-weight in the summer. The SAE stands for ‘Society of Automotive Engineering’, which is the code system used to grade motor oils.

The example above is used to represent multi-grade oil that can protect your engine under hot and cold temperatures. Multi grade (viscosity) motor oils have two numbers and a letter boldly written on them. The two numbers represent the oil’s ability to adapt to temperature changes. 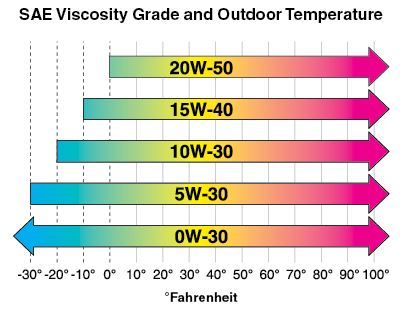 The first number, which stands for the lubricant’s weight or viscosity in a cold environment, is usually accompanied by a “W” (the W represents winter). The first number also describes the flow of the oil during winter. The lesser the initial number, the lower its viscosity under low temperatures.

Many believe that the “W” stands for ‘Weight’. Not true, unless you’re referring to a single grade oil, generally equal to or above a grade of ‘20’. Yes, there is a difference between an SAE 20 vs. an SAE 20W.

The number that appears immediately after the “W” describes the oil’s thickness in hot weather. The bigger the number; the higher its viscosity at high temperatures.

How Does Oil Protect My Engine?

For those who might not be interested in reading this entire article, we want to provide you with some workable ideas on how often you need to change your car's engine oil. It is important to note that this section does not provide all you need to know to think like a professional mechanic, however, you can act on the ideas provided below.

As stated earlier, the oil change interval relies on its age, oil type and vehicle load, including operating temperatures. For many years… ‘3000 miles’ was the limit and very popular opinion for an oil change. However, this limit has been raised for more advanced engines.

Manufacturers of modern cars and trucks recommend an oil change duration between 5,000 miles and 7,500 miles. In some instances, the limit can go up to 15,000 miles when using a high quality synthetic motor oil. Synthetic motor oils have more of a general lifespan than their mineral motor oil counter parts. 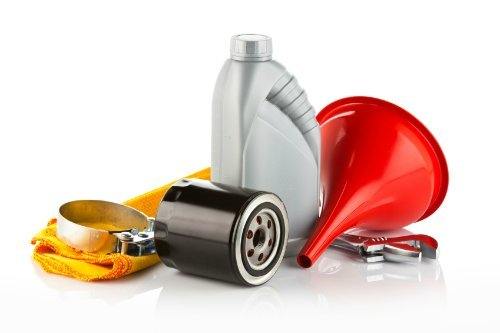 The oil change routine for older cars and trucks is dependent on the miles traveled and the tasks accomplished with the vehicle. For instance some vehicles are driven under average conditions while others are used for intense activities, such as hauling heavy loads. The list of intense activities could also be extended to long range journeys and driving under extreme weather conditions.

Since newer vehicles require fewer oil changes, drivers are advised to check their oil levels every month and refill if necessary. Some cars and trucks are designed to expend or use less than a quart between replacements while others might expend a full quart every 1,000 miles.

For drivers who do not cover many miles on an annual basis, it is necessary to change the engine oil after a year, even if the oil life dash light or indicator has not come up. Changing the oil every year before the coming year helps car owners prepare for the next year and prevent possible engine damage or avoidable wear and tear of moving engine parts. 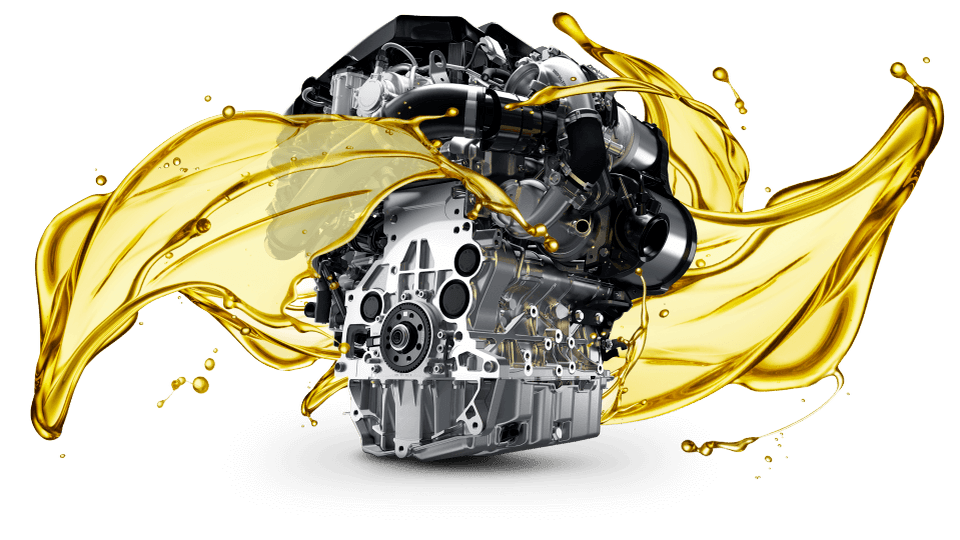 Beyond Lubrication, What Does Oil Do Within the Engine?

Below are some quick bullet points about what engine oil does in addition to providing critical lubrication:

Regardless of the type of oil you adopt for your car or truck engine, the mode of operation remains the same. However, the type of oil used will determine its lifespan and efficiency, as different oils come with different specs.

Below are the types of engine oils based on their constituents: 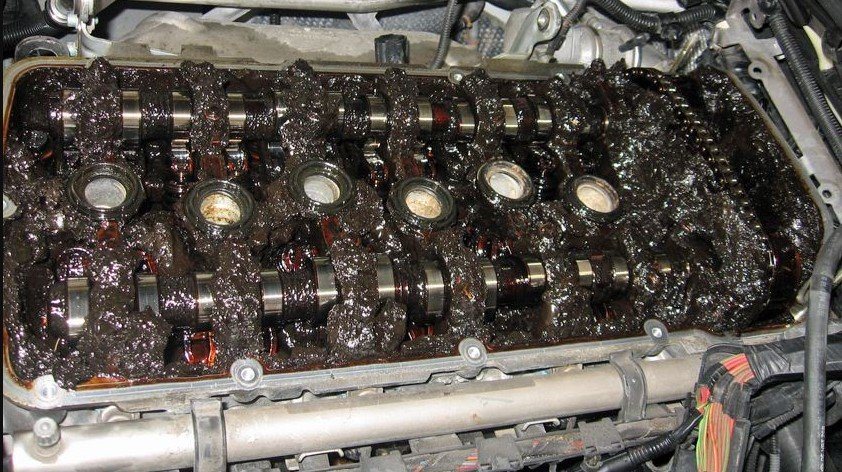 Does Oil Go Bad in Your Engine?

The usual lifespan for unused oil is 2 to 5 years. Many might follow the manufacturer’s advice to drain and recycle the unused motor oil after two years as an unnecessary practice. However, there’s pretty solid evidence that oil can expire by sitting in an engine too long, if even only due to natural humidity and condensation.
One of the other factors that can make motor oil go bad is extreme weather conditions. After a series of exposure to high temperatures, the unused oil will begin to break down, reducing its viscosity.

Decreased viscosity causes reduced flow rate and inevitably, abnormal oil consumption. Increased oil consumption can cause accumulation of debris in the engine and engine damage. Also, exposure to a persistently cold environment will increase the viscosity and render the engine oil useless. Oil sludge can form in many oils under cold temperature conditions.

Since synthetic oils have a reputation of balancing its viscosity after exposure to harsh weather conditions, it is natural for these to outlast mineral based motor oils.

In addition, exposed oil can react with oxygen. Oxidation increases the viscosity of unused oil via the formation of sludge and sedimentary particles within the oil as proven by standard used oil analysis. Another danger of using oxidized oil is that it can become acidic on reaction with oxygen and this can cause the inner parts of your car’s engine to corrode faster. Oxidized oil loses its ability to prevent corrosion.

What Are Performance Additives?

Performance additives offer additional strength to the base oil; mineral or synthetic, and enable it to shield and cleanse the engine, increasing its lifespan and efficiency.

There are various types of performance additives added at the time of oil manufacture and final refinements. Each one has a specific function. They are as follows;

Looking for a tested and trusted oil additive for your car or truck? How about a shameless plug for one of our most loved products. Cleanboost® EMT™. This product is a product of decades of research and continuous advancement.

Cleanboost® EMT™ was designed to protect every metallic part of the car engine without using harmful components such as chlorinated paraffins, graphites, borons, chlorinated olefins and solvents.

The company boasts of the adoption of intense research and sophisticated machinery testing in the production of Cleanboost® EMT™. It has a capacity of acting on 6 quarts of engine oil with just 8 ounces of product. Its ratio per gasoline or diesel engine is 1:24, which makes it very affordable. Its other benefits include;

We hope you have found value in reading and studying the material covered in this article and guide.

Feel free to leave a comment or question below as that lets us know that we have helped you to better understand the importance of oil changes and how often you may need to be changing your oil based upon how you use your car or truck.

Heat, a residual form of energy also considered waste energy, becomes a big issue for car owners in the summer as heat affects car and truck performance.Every vehicle dissipates heat energy after expending fuel. However, the environmental heat could increase the negative impact of heat on your engine, air conditioner, tires and other car or truck parts.This ...