Highlighting the Benefits of Ethanol Fuel

“The attitude towards the use of ethanol as a greener alternative to other fuel blends usually come in extreme opposites. There are those who are entirely against it due to its effects on land use, food production, and the environment. At the same time, there are also others who focus on its supposed benefits. This article, tries to shed light to the brighter side of ethanol use. If you would like to read about the downsides to ethanol use… please read our article “Corn-based Ethanol Fuel: Is it Doing More Harm than Good?”“ 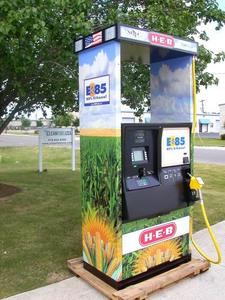 Ethanol is a high-octane and clean-burning motor fuel type produced from renewable resources. It is a type of grain fuel, mostly produced from crops like corn. Ethanol is not used as motor fuel in its unblended form. Instead, only a percentage of it is mixed with unleaded gasoline. The following are the common blends under this fuel type.

Enumerating the Benefits of Ethanol Fuel

There are two ways you can categorize the benefits of ethanol fuel. First are the benefits it provides to the country and the economy as a whole. The second, of course, focuses on the advantages it offers to vehicle performance. Let’s take a look at each one closely. 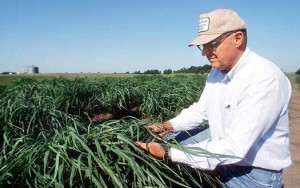 The Benefits of Ethanol Fuel in the Economy

The country benefits from the production of ethanol fuel at the local, state, and national levels. Ever since the preference for this fuel has been supported by the government, more jobs were created at the local communities where the crops are grown and at the metropolitan areas where they are transported and used. In a study conducted by the ‘AUS Consultants’ and ‘SJH and Company’, it has been stated that ethanol production can generate an added $19.6 million in household income every year and provide an increase of at least $1.2 million a year to local and state governments through tax revenue.

The benefits of ethanol fuel are probably greatly felt by the rural farming communities where corn is grown and processed. Ethanol use increases the demand for these crops which means that farmers earn more from producing them. The once chronically low corn prices are now increased by this new mandate, benefitting farmers who grow them by providing them with a more market-based profit for their crops.

The benefits of ethanol fuel also cover the energy security and independence of the country as well. Since the crops used for this fuel production are produced within the country, this directly displaces the need to import crude oil. This offers the country its much needed independence from foreign sources of energy. 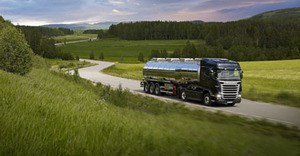 Benefits of Ethanol Fuel to Motorists

Motorists are probably more concerned of the benefits ethanol fuel can provide them when it comes to vehicle performance, fuel economy, and cost. We enumerate those advantages below:

Benefits of Ethanol Fuel on Fuel Economy and Performance

One gallon of ethanol has less energy than a gallon of gasoline. The amount of difference on energy is dependent on the blend used. Let’s take E85 as an example. This ethanol type has less energy per gallon than gasoline. As we know, mileage actually drops down as the content of ethanol increases. However, since ethanol is a high-octane fuel, it actually provides increased performance and power to vehicles in cases where the engine is under increased loads.

There were previous assumptions before that the lower energy content in a fuel is directly proportional to low fuel economy. Recent research, however, proved this to be false. In fact, evidence support that mid-range ethanol blends provide better fuel economy as compared to regular unleaded gasoline. The keyword being ‘mid-range ethanol blends’. According to the researched final report “Optimal Ethanol Blend-Level Investigation” by ethanol.org, there is an “optimal blend level” of ethanol and gasoline at which vehicles can have better gas mileage than what is predicted according to the per-gallon BTU content.

There are two types of vehicle emissions to consider: evaporative and tailpipe. The former are highly dependent on vehicle activity, system materials, and temperature while the latter comes from fuel combustion.

E85 fuel is considered to be less volatile than gasoline and other lower-level ethanol blends so it has lower evaporative emissions. Moreover, numerous studies which have compared E85 emissions with that of gasoline showed that E85 reduces CO2 emissions as well as that of other toxins like benzene.

The three-carbon chemical construction of ethanol shows that it is not nearly more robust than that of gasoline. Comparing the numbers, the BTU heat output of ethanol is only around 76,000 BTU’s. However, gasoline amounts to an average of a whopping 114,000 BTU’s. Since the former has less BTU than the latter, it produces less heat than gasoline fuel.

There are a lot of people contesting the benefits of ethanol fuel by bringing up its more negative consequences. However, the fact still remains that this alternative has its finer points for both motorists and the economy as a whole. The question, therefore, boils down to the steps we should do to balance these benefits with its strong disadvantages. What are your thoughts? Did you know that you can run a high quality combustion catalyst to offset the loss in fuel economy when running regular ethanol fuel blends? Check it out here if you’re interested in learning more.