Corn-based Ethanol Fuel: Is it Doing More Harm than Good?

“Despite being an issue for decades now, corn-based ethanol fuel remains a hot topic. Debates about the environmental and economic effects of this fuel continue to contrast its supposed benefits. In this article, we try to take a closer look on the ramifications and downsides of this fuel type.“

From Dr. Mercola’s site and recent article, “The Environmental Costs of Corn-Based Ethanol.” 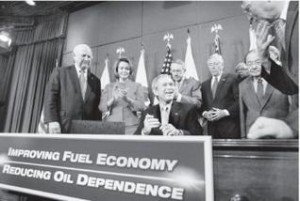 A Brief History of the Corn-based Ethanol Fuel Law

[quote]In 2007, Congress passed a law requiring gasoline to be mixed with ethanol, ostensibly to reduce dependence on foreign oil. Ethanol was also a major part of Obama’s presidential platform for “green” energy, which he touted as the answer to global warming.[/quote]

The roots of the policy regarding the use of corn-based ethanol fuel can be rooted back during the Carter Administration. During this time, the use of ethanol was seen as the most viable answer to the problem on high crude oil prices caused by the supply curtailment of the Organization of Petroleum  Exporting Countries, aka OPEC. Use of the alternative, however, was temporarily halted as the industry took a 360 turn with the falling prices of crude oil.

Come the administration of George H.W. Bush which prioritized environmental goals over energy security. In 1990, the U.S. Environmental Protection Agency (EPA) enforced the Clean Air Act. Five years later, the use of oxygenates which includes corn-based ethanol fuel took the spotlight as gasoline was modified to campaign better fuel burning and reduced emissions.

Ethanol, considered a good oxygenate, has the capacity of increasing gasoline’s octane. The petroleum industry, however, favored an oxygenate that they could produce from cheaper natural gas and petroleum refining by-products. A good example was methyl tertiary-butyl ether or MTBE.  This changed, however, when farm states started to favor ethanol over the latter.

Corn-based ethanol fuel expansion boomed in 2005 when MTBE was banned in some states and when Congress, in relevance to the EPA Act of 2005 did not give MTBE manufacturers liability protection from health claims and environmental damage.

In 2007, George W. Bush finally signed a law mandating oil companies to add billions of gallons of ethanol in their gasoline products. The administration’s belief that it will make the country “stronger, cleaner and more secure” was further campaigned by then presidential candidate Barack Obama, who used homegrown corn as the primary player to slow global warming. In 2010, corn-based ethanol fuel was ranked as the no.1 use for the crop in the country. 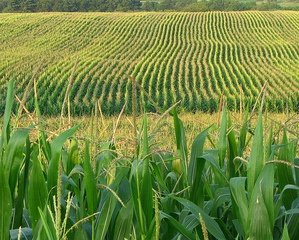 The Effects of Corn-Based Ethanol Fuel

But is the use of corn-based ethanol fuel really helping the country?

Corn-based ethanol fuel seemed like the perfect alternative that could solve America’s environmental and economic problems at first. It did not take long, however, before people finally started to notice that it was doing exactly the opposite.

Many specialists have already criticized the decision of the government to grow corn for fuel rather than for food. Together with the mandate of growing corn for fuel use comes the need for farmers to till more lands to support the now higher demand for the crop.

[quote]The ethanol boom has come at a far higher price than the US government is willing to admit. Millions of acres of conservation land has been destroyed—converted into corn fields.[/quote]

In the first couple of years that Obama was in office, five million acres of conservation land disappeared as farmers tried to address the demands for food, animal feed, and now fuel. Environmentally valuable grasslands have been used to grow corn. Moreover, a lot of farmers are now dropping from the conservation program. The latter is a campaign which involves paying farmers with a certain amount in exchange of them leaving their farmland idle to improve soil fertility.

[quote]According to an article in Time World, soil erosion and degradation rates suggest we have only about 60 remaining years of topsoil. Forty percent of the world’s agricultural soil is now classified as either degraded or seriously degraded; the latter means that 70 percent of the topsoil is gone. Our soil is being lost at 10 to 40 times the rate it can be replenished, and our agricultural systems are to blame, which epitomizes the term “unsustainable.”[/quote]

This phenomena does not only pose adverse effects on our lands but also affects the future of food production as well. As Dr. Mercola puts it;

[quote]Soil degradation is projected to cause 30 percent loss in food production over the next 20 to 50 years—while our global food demands are expected to increase by 50 percent over this span of time. All of these things considered, should we really keep growing so much corn to fuel our cars?[/quote] 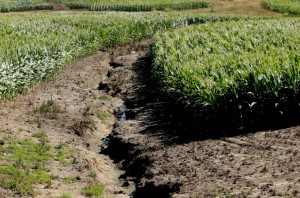 Corn-Based Ethanol Fuel and its Effect on the Environment

Besides the consequences that corn-based ethanol fuel is having into the future of land use and food production, its negative effects on the environment is another big issue that tails it.

[quote]In just five years, (between 2005 and 2010), American corn farmers increased their use of nitrogen fertilizers by more than one billion pounds. As a result, many areas now have to address increasingly polluted drinking water.[/quote]

As more and more acres of land are used for corn production for the purpose of corn-based ethanol fuel, American farmers are pushed to increase their use of fertilizers. These chemicals then run off into bodies of water and also cause decimation of top soil. The new pattern of farming can contaminate and deplete the already limited fresh water in the environment. Worse, corn-based ethanol fuel makes use of GE (genetically engineered) crops which requires more agricultural chemicals and water.

[quote]The billions of pounds of fertilizer being used on all of these corn fields are also contaminating rivers, and contribute to an ever-expanding dead zone in the Gulf of Mexico—a zone, currently the size of Connecticut, that is too toxic to support aquatic life.[/quote]

Farmers dropping off from the conservation program and expanding their use of lands also damage the top soil as well. Conserving land is important since it traps carbon in the soil and prevent erosion of topsoil. Topsoil is very important as it is the latter that lets plants grow.

Topsoil can take decades or even centuries to be regenerated. In other words, production of crops for corn-based ethanol fuel is doing the exact opposite of what it is supposed to do which is to save the environment.

Is Corn-based Ethanol Fuel use worth it?

From the statistics and evidences above, the question on whether corn-based ethanol fuel is doing its job remains debatable. With it affecting land use, food production, and the environment, production of ethanol fuel leaves a larger footprint as compared to production of other fossil-fuel sources of energy. If it’s just the issue on lessening the amount of emissions, there are other alternatives like fuel additives which can help make fuel friendlier to the environment by lessening the emitted particulates in the air. There is also the fact about the BTU of ethanol as well. What are your thoughts given the fact that ethanol enriched fuel actually has less BTU (energy) per gallon over its counterpart?

Highlighting the Benefits of Ethanol Fuel

"The attitude towards the use of ethanol as a greener alternative to other fuel blends usually come in extreme opposites. There are those who are entirely against it due to its effects on land use, food production, and the environment. At the same time, there are also others who focus on its supposed benefits. This article, tries to shed light to the ...