“On February 18, 2014, President Obama visited the Safeway distribution in Upper Marlboro, Md., where he announced the news about the government’s newest move in tightening fuel efficiency standards for both medium- and heavy-duty trucks. This new mandate, according to the president, is part of his ongoing efforts against climate change as well as improving domestic manufacturing in the country.“ 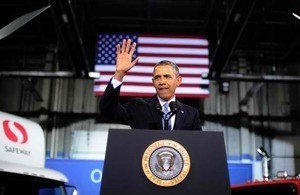 Big Plans for Fuel Efficiency in Heavy-duty and Medium Trucks

“Don’t make small plans; make big plans,” this is what the Obama said during his speech in front of 275 people which includes trucking industry officials and environmental leaders. This is the second time Obama has put forward a cut in carbon emissions and fuel consumption from medium- and heavy-duty trucks. The first time he did was on June 2013 where he mentioned the tighter post-2018 standards for heavy-duty vehicles as part of his climate action plan. These new requirements follow up on standards the administration has imposed three years ago for heavier vehicles with models 2014-18.

This standard was initially proposed to reduce fuel emissions by 10 to 20 percent from vehicles like tractor-trailers, garbage trucks, large pickups, and school buses. These vehicles account for almost a quarter of onroad greenhouse gas emissions from the transportation sector. 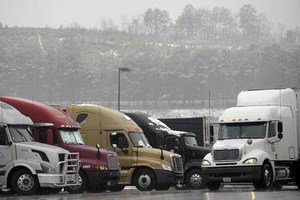 The new standards set by Obama will be finalized by March 2016 and will applied on subsequent models of vehicles. After its application, it is expected that fuel efficiency in heavy-duty trucks will improve, which will then result to the saving of 530 million barrels of oil and cutting of greenhouse gas emissions by 270 million metric tons.

In 2010, heavy-duty vehicles which represented a meager 4 percent of registered vehicles on the road, were found to have accounted for about one-quarter of the transport sector’s greenhouse gas emissions. In 2011, the transportation sector came second after the electricity sector for accounting around 28 percent of the nation’s greenhouse gas emissions. These figures and statistics show that heavy-duty vehicles provide a major opportunity to cut both carbon pollution and transportation oil use.

Fortunately, an earlier rule finalized in September 2011 showed that fuel efficiency in heavy-duty trucks improved from 9 percent to 23 percent. According to the estimates of the Obama administration, these improvements which were applied to models 2014-2018 cost the industry $8 billion. However, it will also save truckers $50 billion in fuel costs over the lifetime of their vehicles.

Obama didn’t go into detail about the new standards the Environmental Protection Agency and the Department of Transportation will set to achieve his goals. However, he clearly expressed his confidence about manufacturers being capable of meeting these ambitions. What he did announce as part of his speech on Tuesday was that both bodies should work hard with labor groups, states, and manufacturers in cutting fuel consumption and emissions by 2018.

These agencies are expected to work with the California Air Resources Board to ensure that the next phase of standards will allow manufacturers to continue to build a single national fleet. In addition to this, Obama also said that he will ask the Energy Department to provide assistance to those who decides to join the

which is a public-private partnership that encourages companies to use advanced vehicles in their operations. According to him, these companies will be provided “specialized resources, support, and technical expertise in developing a strategy to improve cost savings and fuel efficiency in heavy-duty trucks.

Some companies who are already members of this program are UPS, Waste Management, and Coca-Cola which, together operate an average of a million commercial vehicles in the U.S. 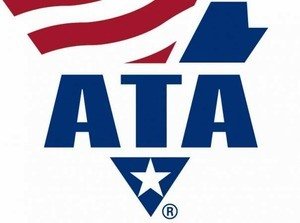 Reactions of the Trucking Industry to the New Mandate

Unlike some of the greenhouse gas proposals put forward by Obama which received backlash from its affected industries, majority of truck suppliers expressed their approval regarding the idea of reducing carbon emissions.

Chairman of American Trucking Association Phil Byrd said in an interview that the engine manufacturers  he talked to expressed their enthusiasm in making additional improvements to increase fuel efficiency. He also said that members of his association are looking forward to recoup costs on any such investment within 18 months of the application of changes. Byrd, who has also spoken to Obama before his speech said that the president promised that they will continue having a voice throughout the whole process of achieving these new goals.

You can do something today to deliver cleaner air and better fuel economy for your big rig. It’s simple really. It’s a combustion catalyst that does much for diesel fuel engines. Learn more about CleanBoost® MAXX™ today. In the short video testimonial that is in the links herein, you can get an idea of the advantages of running such a product that pays for itself over an over. You can purchase it at many retail outlets around the country and also purchase it online right here.

4 Wheel and Off Road Mishaps