Shift Optimization – How To Get Better Fuel Economy For Truckers 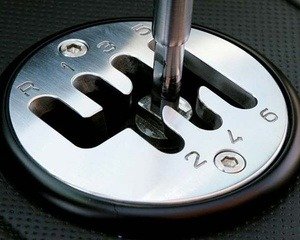 The technique is called shift optimization; shifting gears at a lower rpm and then progressively shifting into higher gears at higher rpms at just the right point. To better explain, let’s look at an example: if your truck idles at about 600 rpm, then shift into first and apply the gas and release the clutch to get going. When you hit 1000 rpm, shift into second gear, this will drop the rpm’s again back down to approximately 700-800 rpm. Once you get your rpm’s back up, shift into third at 1100 rpm. Then shift to fourth at 1200, fifth at 1300 and so on. The key is to learn that ‘sweet spot’ rpm to allow for the maximum fuel economy.

You usually don’t need the horsepower that higher rpms give you until you approach highway speeds. This holds true regardless of the make of truck that you drive. By using this shifting pattern you’ll be able to increase your mpg for diesel trucks about 1-2%, which can turn into saving 200-400 gallons per year, that’s $800-$1600 per year! Who doesn’t want that extra money in the bank!

Beyond Your Fuel Economy For Trucks 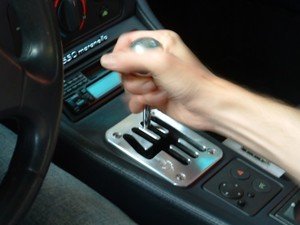 Saving Fuel is just one aspect of savings that are realized when applying these driving techniques. Beyond that, drivers who actively use shift optimization and who don’t rev the engine to its top governed speeds will also benefit from increased engine life and less transmission wear. This technique has the benefit of keeping their intercooler and crankcase oil cleaner. Drivers who use a quality combustion catalyst can also benefit from increased fuel economy and a cleaner exhaust stack. Moreover, drivers who pay more attention to their rpm, shifting patterns and fuel economy are also more alert on the road. An alert driver avoids other obstacles around them, meaning less accidents and increased safety for everyone on the road.

The Shift To Remember For Optimal Fuel Mileage For Diesel Trucks 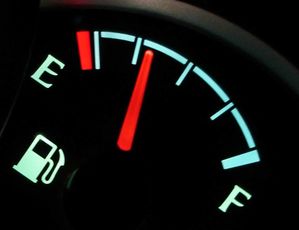 Obviously most trucks spend the majority of their time on interstate highways, what this means is that you should be spending 85-90% or more of the time in the top gear. According to Overdrive Magazine, if you drop your speed just a mile per hour below 55mph, you can reduce diesel fuel consumption by 2.2 percent! Now that may not be all that reasonable seeing as we often have somewhat of a timetable to keep, but it’s worth noting for the savings that are attached to it.

If you want to save hundreds or thousands of dollars, reduce engine wear, and increase the longevity of your diesel truck you NEED to remember shift optimization! Or you can also use a fuel additive to improve your engine’s performance!

For other articles on diesel truck fuel economy, visit www.FuelandFriction.com/trucking-pro.

Avoid This Common Mistake To Get Better Fuel Economy for Truckers

"When it comes to trucking there are a few levels of knowledge that you can have about your truck, your fuel economy, your rpm's, transmission, and gearing. The more you know about your truck such as how it performs and how it does what it does, the better. You’ll be able to get better gas mileage when cruising down the flat interstate, take off faster ...