Avoid This Common Mistake To Get Better Fuel Economy for Truckers

“When it comes to trucking there are a few levels of knowledge that you can have about your truck, your fuel economy, your rpm’s, transmission, and gearing. The more you know about your truck such as how it performs and how it does what it does, the better. You’ll be able to get better gas mileage when cruising down the flat interstate, take off faster when in the city, go up the various grades easier, and know which truck will best suit your driving skills.“

Which Transmission For Better Fuel Economy For Truckers

How many gears are the best… 9, 10, 13, 18? There are so many options out there to choose from. What do they all mean? Which one gets the best gas mileage in the city, on the highway, on varying grades? Well let’s give you an insight that might help make the decision a little smoother. 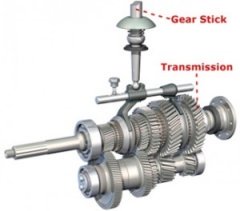 The higher the number of gears—split or not—the smoother it makes for shifting and the less RPM’s you’ll drop when up-shifting. What that means for gas mileage and fuel economy for truckers is best explained using an example: say you have a 9-speed transmission… and you’re in 4th gear at 1,500 RPM about to up-shift to 5th gear. When you shift into 5th gear, your RPM’s drop from 1,500 to 1,000 and you have to start picking them up again. But with a 13-speed transmission, you can be in 5th gear at 1,400 RPM’s, shift up to 7th gear and only drop down to 1,150 RPM. What this means is that it is no longer necessary to put the RPM’s so high before the up-shift, equaling less fuel being burnt and better fuel economy for truckers. This also means that you’ll be able to stay in your truck’s power band more often, which is optimal for performance and better fuel economy for truckers in general.

So, more gears to choose from allows for the best gear choice in most conditions as long as the driver is really paying attention and is on their game. This approach can lead to better fuel economy for truckers and fleet owners most generally. However, there are many instances for highway freight hauling with a standard 53′ trailer, where a 9-speed transmission is the choice for fleets desiring an all around balance of power, torque & MPG.

If you haven’t gotten the idea yet, optimal MPG can be a complicated achievement. There are a lot of factors that go into it. But let’s dive into one last way to give yourself an extra little bump in the wallet… gear ratios. Your gearing can affect a lot of variables in your truck but we’re only going to touch on MPG for now. 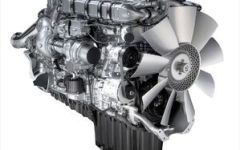 Basically it comes down to this: you’ll get better diesel fuel economy for truckers when you have higher gearing ratios because you’re engine is rotating less times (rpm) to accomplish the same amount of work. That means you’re burning less fuel. The most common mistake is running too low an overall gearing for your rig and load, thereby consuming more fuel than is needed to get your load from point A to point B. 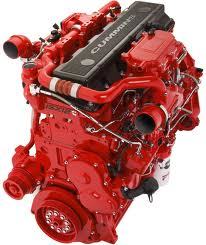 So if you’re going after better fuel economy for truckers, one suggestion that was introduced late in 2012, is the Detroit DD15 with a direct drive 13-speed transmission, 500 horses, and 2.64 rears (gear ratio). It’s great for getting the job done with heavy loads and saving you some money at the gas pump every time you fill up. Another popular choice is the Cummins ISX15. Whichever you choose, current and new technologies are driving fuel efficiency combined with lower emissions to new levels never seen before. What is your favorite power train combo for the best fuel economy for truckers? Leave a comment and tell us.

"Can a tire affect your fuel economy? By how much? Are there pros and cons to changing the tires? - Read on to learn how tires affect fuel economy for truckers." If you’re serious about trucking (or you just don’t want to end up making a call for tire service on the side of the road) these—and many more—are all questions you should be asking ...