“If you do a quick Google search, you’ll find lots of guides on how to get your diesel ready for summer. But you won’t find many guides on how to get your diesel ride cool for summer. And that doesn’t actually make a lot of sense. You see, summertime is…freakin’ hot, and that causes your diesel to run differently than it does in the winter. So let’s look at a few things that you should take care of for hot summers and cool diesels.“ 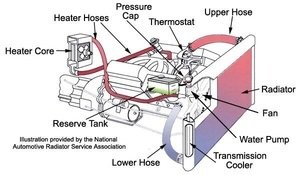 Since hot summers and cool diesels don’t normally co-exist, it’s very important to pay attention to this critical part of your ride… the cooling system. As the mercury rises, your diesel’s cooling system has to work twice as hard to keep the temperature down. To do this, the water pump forces a 50:50 mixture of antifreeze and water through tiny passages around the engine block and the heads. This liquid absorbs heat as it passes by the various moving parts on its way back to the radiator, where the fan and the outside air cool it down. This is a very important process, and anything that interrupts it could leave you stranded on the side of the road. And remember, it’s getting pretty hot outside.

To avoid unnecessary suntans, have your radiator flushed and refilled with fresh antifreeze. This will remove the scale and rust that form over time, allowing your radiator to effectively remove heat from the antifreeze. And while you’re at it, check the condition of all your belts and hoses. Check the operation of your thermostat and fan (With the engine cold, start it up and leave the radiator cap off. As it gets up to temperature, the antifreeze should begin to flow like a river. If it doesn’t, or the flow looks particularly weak, your thermostat could need replacing.). Plus, to ensure proper airflow through the radiator, keep the outside clean from bugs and dirt. Hot summers and cool diesels are not possible without the cooling system operating at full efficiency. 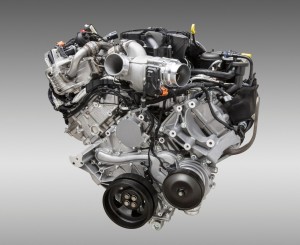 You already know how expensive a diesel battery is, and the intense summer heat can actually cause the battery acid to evaporate. Unless you have a sealed battery, carefully pry off the caps and check the fluid levels. If any of the chambers are low, refill them with distilled water. You should check the acid levels once a month, and while you’re at it, make sure that the top of the battery and the terminals stay free of corrosion. Believe it or not, that crusty gunk can actually conduct electricity and drain your battery. It can also prevent the terminals from making a secure connection, forcing you to get an unwanted suntan. Hot summers and cool diesels are not possible without a properly charged & maintained battery and charging system. 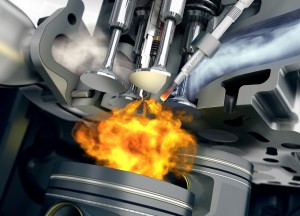 Like antifreeze, oil’s primary responsibility is removing heat. As the pistons, valve springs, and other parts move about, they generate heat. And if your diesel has a few miles on the clock, all of those moving parts can begin to wear into other moving parts, causing small surface abrasions in the metal. This results in friction between the moving parts, and that generates even more heat.

If you reduce the friction, your engine will run cooler, smoother, and longer. Once again, hot summers and cool diesels are not possible if the oiling system in your engine is having some frictional issues. To do this, change your oil regularly, and use a high quality oil additive, like CleanBoost® EMT™. It uses special metal deactivators and antioxidants to create a film that bonds to the metal surfaces 2-4 microns deep. This fills in the surface abrasions, and reduces friction by allowing the parts to glide against one another. Your engine will run cooler, and be able to withstand even the most extreme desert heat.

Oh, don’t forget to have your A/C serviced too. It’d be a shame if your engine was running cool and you overheat in the cab.

Getting Your Car Or Truck Ready To Sell

"Okay, it’s finally time to get rid of your old PutterMobile and upgrade to the new Wowza GT. But what should you do to get it ready? Glad you asked…"  Step 1 - Clean up your mess No matter how clean you are, there’s always going to be some traces of you left behind. An old ketchup packet in the glove box. Receipts in the door pocket, a forgotten ...