Why Use Fuel Stabilizer

Why Use Fuel Stabilizer

First, is there still a need to use fuel stabilizer when storing off season gas powered tools/equipment and vehicles such as:

The answer may surprise you.

Finally, we’ll take a look at how fuels have changed in the last 10 years to gain a better understanding of three things:

Ethanol is most often made from common farm crops such as sugarcane or corn and it’s used to reduce the quantity of crude oil used in a gallon of gas in order to obtain reduced exhaust emissions. While this sounds good on the surface… this is simply not always the case.

Ethanol raises the fuel’s octane rating by about 2 points. Not all rubber components, engine seals or gaskets are made to withstand the harmful effects of a 10%-15% concentration of ethanol, especially older vehicles, ATV’s, UTV’s, and other smaller engines.

One of the traits of ethanol is that it is hygroscopic which means it attracts and captures moisture from any source.  This ability to capture moisture from the surroundings makes E10/E15 a real headache because fuel tanks are vented and thus communicate with the air outside it. In most instances the air outside is full of moisture (humidity) that will be absorbed by the ethanol. This can lead to an accumulation of water in the ethanol up to 0.49% saturation.

Once this saturation point is exceeded, which is very common in many parts of the country or if storing in a more humid environment, the ethanol and water mixture ‘separates’ from the gasoline – also known as phase separation – and because it is heavier than gasoline it will settle at the bottom of the fuel tank. This is a brand new and very common problem with fuel storage and can happen in a short time. Most fuel stabilizers are not formulated to help with water suspension.

Since this high concentration of water/fuel is at the bottom of the tank, it is usually the first thing your engine tries to burn on the next re-start. Once this mixture hits the engine, it is difficult for your engine to burn water and will lead to the engine running poorly (if at all), loss of acceleration and engine power are also common ailments.

Above all it is also important to note that ethanol is a solvent. It can loosen debris and corrosion from your fuel tank where those nasty elements are now introduced into your fuel lines, carburetors, fuel injectors and fuel pumps where they can wreak havoc on your entire fuel system, including clogged components. This is one reason why using a fuel stabilizer that is properly formulated to address more than just the gum and varnish possibilities of fuel are crucial.

What are Sulfate Salts? 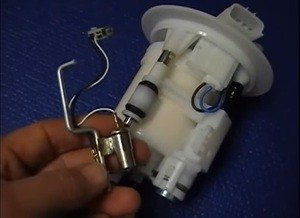 Sulfate salts are a relatively new problem that is currently rearing its ugly head in all kinds of ways for vehicle, recreational vehicle and utility tool owners everywhere. The thing to note here, is that most people have no idea that these corrosive salts exist and are doing damage to fuel system components on a 24/7 basis. These sulfate salts are also ingredients found in ethanol enhanced f 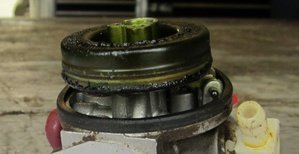 uels and they are known for corroding most all metals found in common fuel systems. Metal corrosion in the fuel system will lead to potential problems in the future when the corrosion will loosen from the lines and clog the tiny little orifices of the system and change the tolerances that the manufacture designed for the fuel system to efficiently burn fuel. This is another reason to reconsider what type of fuel stabilizer you are going to use to address this problem, since most don’t have any formulation to protect metals from rust and corrosion. Having the fuel system sitting for extended periods of time or simply not starting and running your engine on a regular basis will result in harmful results due to phase separation and sulfate salts found in E10/E15 fuels.

Exactly What is Stale Fuel? 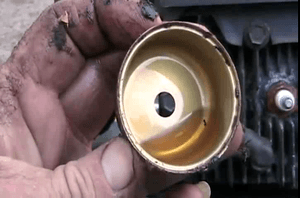 How quickly can fuel go bad? Quality gasoline should be stable almost indefinitely if stored properly, however such storage must be in airtight containers in order to prevent oxidation or water vapors mixing into the blend.
Again, understanding that vehicle and small engine fuel tanks are ‘vented’, this is simply not possible to store fuel for any length of time, especially during off season times. Also stable, cool temperatures need to be maintained indefinitely so that gums and solids will not form in the tank. 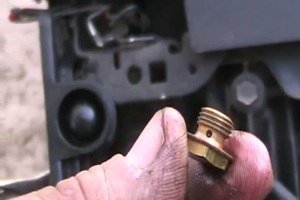 How many of us live in an environment where we always have stable, cool temperatures free from medium to higher humidity levels? Fuel is stable for up to 30 days after being pumped from a good, high volume source. After that fuel starts to degrade and oxidize. In this process, fuel begins to varnish at some point and left untreated, can turn to gum and clog openings in your fuel system which make your vehicle unable to start or run very well at all. On top of that, this can lead to an expensive repair bill at your local small engine shop. These types of repairs can range from simple carburetor bowl and jet cleaning to complete fuel system removal, inspection, cleaning and sometimes necessitate the replacement of fuel system pumps, carburetors, injectors, lines, etc. to get you back up and running.

Fuel Stabilizers…  Are They Necessary?

Fuel Stabilizers are the no.1 product recommended to be used in order to eliminate all the risks presented above. This miraculous formula helps fuel preserve all of its elements and not go “stale” even if you don’t start the engine for a long period. However, there is a caveat. Not all fuel stabilizers are created equal.

Did you know that the #1 selling brand of fuel stabilizer in the United States is composed 90-100% of deodorized kerosene? Deodorized kerosene is also known as #1 diesel fuel. The very nature of kerosene does not bode well when it is introduced into water. In other words, it does not mix with water and does nothing to help with phase separation, encapsulation or suspension of water and moisture.

A major engine manufacturer that has been around for many long years, called Briggs & Stratton, gives us the following advice:

[quote]“Toying with the idea of tuning up your Briggs & Stratton engine? One of the easiest ways to maintain your snow blower or lawn mower engine for seasons to come is by using fuel stabilizer. Whether putting your lawn mower or snow blower away at the end of the season or letting some time pass between uses, curbing your fuel’s degradation is crucial.”[/quote]

Fuel stabilizers are used to extend the life of the fuel that is not or cannot be stored properly.

As far as common advice goes, it is best to keep gasoline containers and tanks properly capped and more than half full in order to reduce the air exposure.

It would be best to avoid stored fuel becoming exposed to high temperatures and/or high humidity levels. Also of equal importance is to run the engine at regular intervals to purge the stale fuel from the carburetor and float bowl. Finally, before storing for off season times, the fuel stabilizer has to be added to the fuel tank and the engine must be started and ran for a few minutes to circulate the fuel stabilizer through all system components.

Is it worth paying ONLY for a Fuel Stabilizer?

Should you only use a fuel stabilizer when really… there are other, darker forces at work to degrade your fuel, such as water, sulfate salts and corrosion induced elements that are acting to destroy your engine’s fuel system and related components? Especially when most all fuel stabilizers are only formulated for that one purpose… to keep fuel from varnishing. What about fighting moisture and corrosion from ethanol fuels? Sure, you can find non-ethanol fuel at some locations, however it is more expensive and still prone to nasty intrusions at some point. You may want to consider a more efficient way to protect your fuel system AND get the added benefits of advanced technology that allows fuel to do its job better by catalyzing it with a simple pour in solution.

Why Use Combustion Catalysts that Includes Fuel Stabilizing Agents?

Combustion catalysts have been in use for over 50 years. However, it wasn’t until one was discovered that included just the right ingredients, in just the right amounts that one could depend on reliable and consistent results time and time again… and in an EPA approved formula safe for use in all on-road vehicles as well. This ‘winning formula’ took years to perfect. Once perfected, it took more testing to assure its results could be verified over and over. That winning formula is called CleanBoost® Maxx™.

CleanBoost® Maxx™ is known for the following benefits to fossil fuel burning engines: 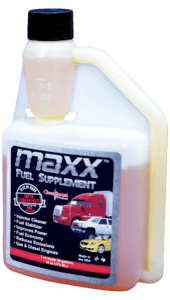 The ingredients behind this formula make it one of the most cost effective ways to treat fuel out there.
1 oz of CleanBoost® Maxx™ treats up to 30 gallons of fuel and it offers you the perks of a Fuel Stabilizer + much, much more. It is used in all fuels including many diesel powered trucks, semis, RV’s, and boats.

Because it is so concentrated, only a very small capful will protect an entire 5 gallon fuel can for years in storage. The same can be said by adding this very small amount to your vented fuel tanks in lawn mowers, snow blowers, weed eaters, trimmers, ATV’s, UTV’s, motorcycles, and much more to protect them easily during off-season use.

By eliminating the risk of ending up with “stale fuel”, corrosion of fuel system metals, etc., plus its very unique principle of holding water in suspension through encapsulation, rather than allowing for fuel separation, CleanBoost® Maxx™ protects your fuel lines and components from gummy residues, phase separation and corrosive damage, while making clogged fuel lines and related components a thing of the past.

Because it provides you with more benefits than a regular fuel stabilizer, CleanBoost® Maxx™ saves you money in a number of ways. It will protect your fuel through winter or storage conditions, give you better mileage and power as well as a smoother running engine.

Finally, it acts as a fuel combustion catalyst which means your fuel will burn more efficiently and leave a much smaller amount of residues in the combustion process.

How Filter Micron Size Matters in Diesel CFPP (Cold Filter Plug Point) When winter is upon us, we always wish we were more prepared. This research article is written to help you understand the vital role of diesel fuel filters and specifically their rated micron size and how this affects extreme cold weather performance. This is informational and as ...