Premium Gas vs. Regular Gas, Which is Best For My Engine?

Almost a classic debate ... this is a mystery that few seem to crack as there are voices for both sides advocating that one type of fuel is better than the other. What is the truth? Are we getting hosed at the pump? Spending our hard earned money on gas that we don't actually need ?

Read on as we unravel this mystery and provide a clearer picture...

What is the Difference between Premium and Regular Gas?

Today more than ever, prices at the pump are high no matter if you pump regular or premium into your gas tank. Since money is going out of your pocket anyway, it would be best to spend it wisely to ensure an adequate return. All across the country, prices vary greatly between regular and premium blends, with the spread of regular to premium soaring above .40¢ per gallon difference.

There are so many affirmations out there regarding what benefits each fuel offers that people are getting confused and most of the time they just don't know what would work for their car. Let's break it down and have a look to see what components are integrated into each of these fuel types and better understand their role.

Gasoline is obtained from crude oil, after the oil undergoes a variety of refinery operations. Before being delivered to gas stations, the gasoline is augmented with aromatic compounds, isoparaffins, additives required by the EPA and detergents. The proportions in which these are used result in different octane ratings of gasoline.

In theory this octane number dictates the power developed by the gasoline on detonation, with a higher number indicating more power being developed. This is coupled up with the claim that higher octane fuels burn better than regular, resulting in more efficient engines generating more power by not leaving any unburnt fuel to exit the exhaust. Once again, this is the popular theory that many believe to be absolute.

Octane ratings start from 87 for regular fuel, between 88-90 for midgrade fuel and above 91-94 for premium fuel.
This rating is used to measure the ability of the fuel to resist "pinging" or "knocking" during combustion or in non technical words, the ability of the fuel to not detonate prematurely as it is mixed with air before the piston compresses it and the spark ignites it.

Regular fuel is mostly recommended for engines that don't have a high compression ratio and/or use turbocharging or supercharging to force air into the mixture. As the fuel/air ratio remains pretty much the same throughout the engine exploitation and there is no need for a higher octane rating to keep the mixture from detonating prematurely.

It also contains some lubrication additives and detergents developed to clean and lubricate the engine to keep it in working condition and prevent premature wear. Although fuel manufacturers argue that the detergents used are in low concentration and can leave deposits on engine parts like intake valves or fuel injectors that can reduce performance.

Premium fuel is recommended or often required for engines that do have a high compression ratio or come equipped with a turbocharger or a supercharger. Reason is that the fuel/air ratio suffers modification depending on the rpm range in which the auto is used. When the turbocharger or supercharger forces more air into the engine to help extract more mechanical energy from detonation, fuel mixture becomes unstable and prone to premature detonation.

For this reason, premium fuel was created to remain stable even when the air/fuel mixture changes due to the forced inflow of air.  Also it is said that this type of gasoline embodies more detergents and octane boosting additives made to ensure that high spec engines remain clean, lubricated and wear-free for a longer time to provide you with optimal performance.

To summarize it, according to manufacturers claims, the differences between Regular Fuel and Premium Fuel would be the following:

It mostly depends on what the engine was designed to run on. Read some of the examples below to get the clear picture for your engine type.

Non supercharged/turbocharged vehicle designed to run on regular fuel only

Running it on regular fuel would offer the engine the recommended octane rating and would ensure that the engine runs in the designated parameters.

Running it on premium fuel however will offer it a higher octane rating than recommended and while this is not something bad, it does not offer any benefit except a higher price per fill-up.

Supercharged / Turbocharged car designed to run on premium fuel only

Running it on regular fuel would not produce any significant changes at first. Internally however there will be some changes over time. High compression engines are more exposed to develop "knocking" as they make more power by fiercely squeezing that air/fuel mixture vs regular engines.

What is knocking?  Knocking is the phenomenon when the fuel/air mixture ignites in a gas motor from compression and not from the spark plug ignition. In the short run the engine will lose performance, won't burn fuel efficiently resulting in more emissions and start to heat up. In the long run it can severely damage an engine.

Back to running on regular fuel. If we're dealing with an older car, knocking will slowly start to be more pronounced as the engine gets hotter and premature wear starts to appear. Newer cars come equipped with on-board computers that actively track all engine parameters and modify timing and admission to protect it. In this case, it will sense the occurrence of knocking way before the driver can hear it and will adjust the timing to prevent it from happening.

Good part is that the engine is a bit more on the safe side vs an older one. The bad part is that the rest of the negative parts do not go away but are merely delayed as the system will not be able to permanently prevent knocking from occurring.

Running it on premium fuel would yield the designed outcome, enabling the engine to run at normal parameters without any risk of knocking to occur. Performance would be as described by the manufacturer and fuel would burn efficiently.

Running it on regular fuel would ensure the minimum requirements imposed by  the manufacturer for it to run in the designated parameters.

Running it on premium fuel would help the engine produce more power as the on-board computer is programmed to sense the octane difference and adjust all the processes accordingly to squeeze out all the energy this fuel carries. The knocking phenomenon would not appear as the engine is designed to support premium gasoline.​

By requiring less power to achieve the same results the engine is running more efficiently. This added efficiency should be visible in the range of the vehicle, as MPG would increase.

Rule of thumb: It is best to run through 2 full tanks before checking differences as the on-board computer and all the system changes need to process a good quantity of fuel until it they can reach proper efficiency levels of the type of fuel it's being fed. 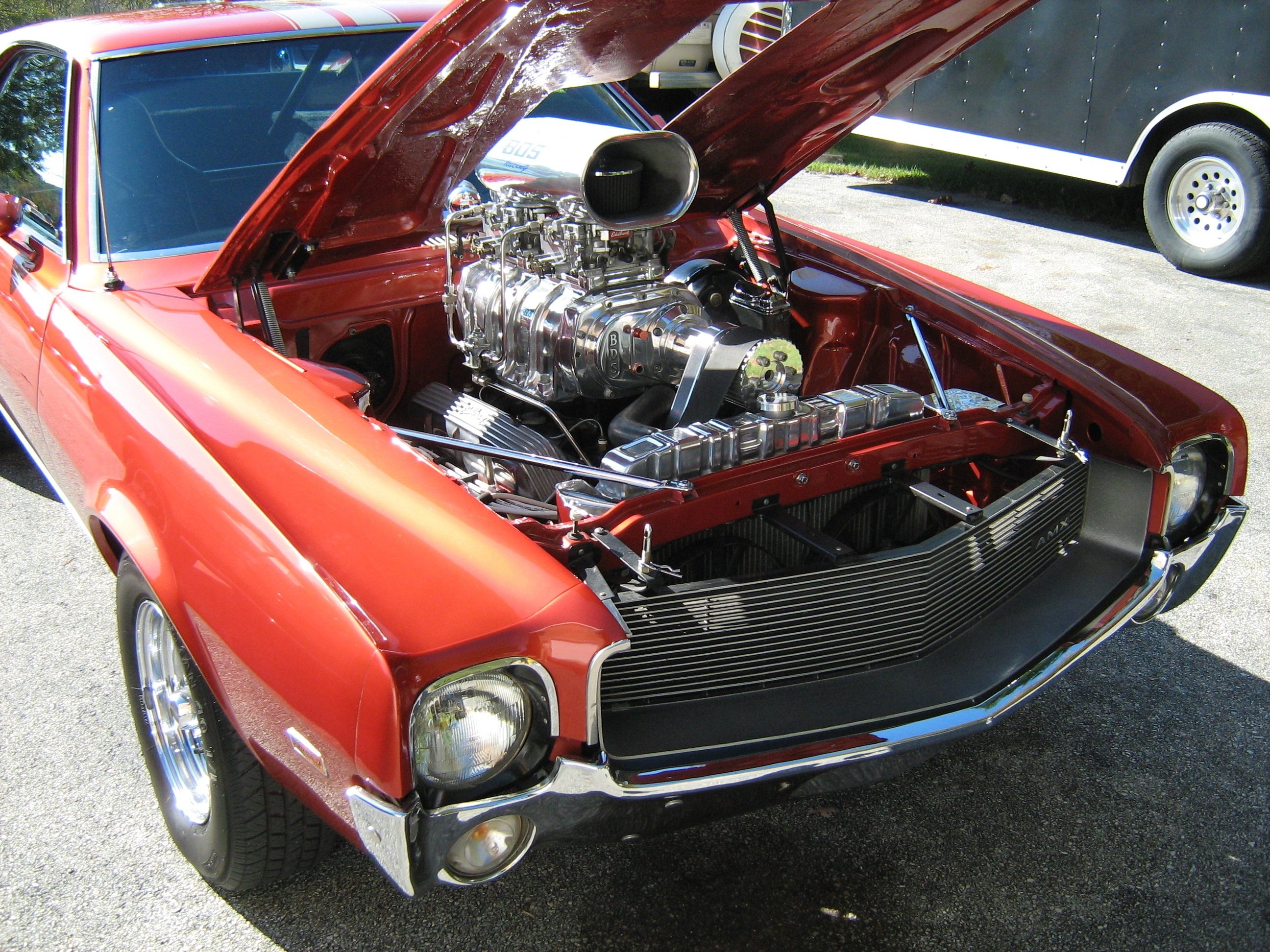 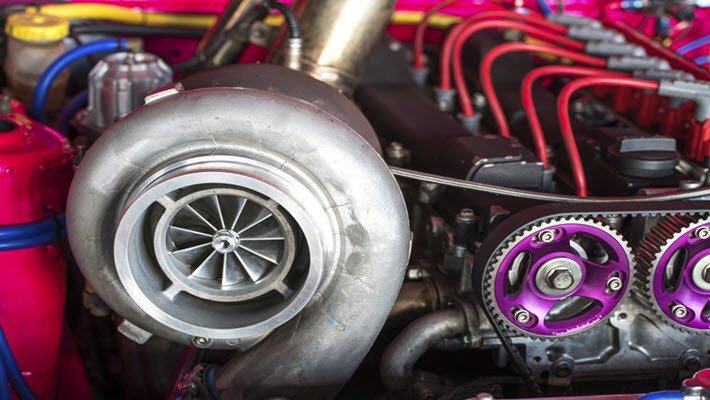 According to the FTC and as mandated by law, all gasolines regardless of octane rating must contain cleaning additives meant to prevent formation of carbon deposits, remove them and also clean the vehicle's engine.

But what are Carbon Deposits and why are people focusing on them?

Carbon deposits are not something dangerous as they are simply by-products of the process of burning gasoline. What happens though is that left untreated, these carbon deposits start to build up on intake valves, combustion chambers, pistons or injectors and can greatly reduce engine performance up to a point, in rare cases, where the engine will need overhauling to bring it back to standard performance levels. Left untreated in the long run, it will result in damage that can only be fixed by replacing the engine completely.

As it seems, the efficacy of removing carbon deposits is influenced directly by two parameters: engine and fuel type.

Premium gas ran in a regular engine is not recommended as there is a risk of it not being fully burned off by the engine. This would result in above average deposits and high emissions. Carbon deposits would not be removed but more added to them.

Premium gas ran in a premium engine is the best way to go as the engine will receive exactly what it's been designed to use. This will enable it to work within its full parameters and prevent carbon deposits from appearing, eliminate current deposits and also keep the engine clean in the long run.

Regular gas ran in a regular engine is recommended as engines designed to run on regular fuels will be kept in operational parameters. High efficiency will be reached and there will be a no, or smaller carbon deposits created. Running this well and clean would help shake off any current carbon deposits and keep the engine components clean.

Regular gas ran in a premium engine would not be so good. First of all the regular fuel octane rating is much lower than premium fuel. This leaves the car unprotected and prone to developing "knocking" which will lead to extensive and expensive damage. Also experiencing premature detonation will also decrease performance, increase fuel consumption and also carbon deposits.

As a rule of thumb it appears that the best way to go about removing carbon deposits is:

1) Keep running the car on the fuel it was designed to run on, be it regular or premium.  Keeping up to manufacturer recommendation does truly limit the carbon deposits that can appear and prolong your engines useful life. Harmful carbon deposits resulted from long time neglect however would not be so easily eliminated as the fuel cannot do this on it's own.

2) Use a quality fuel additive that has a dedicated formula to remove carbon deposits. Such an additive would be CleanBoost® Maxx™ that helps your engine remove carbon deposits while you drive as well as doubling as a combustion catalyst to improve overall efficiency & performance. CleanBoost® Maxx™ is a cost effective way to treat fuel. Just 1 oz. treats up to 30 gallons & it will maximize both performance and fuel economy while reducing emissions as third party testing proves. Because the fuel will burn cleaner, it will result in less carbon deposits on internal components.

5 Tips – How to Decrease Fuel Consumption

Fuel prices are always fluctuating... and your fuel budget is more generally a fixed cost that you try to maintain. This is a never ending, nerve racking roller coaster that happens every now and then and messes with your peace of mind.So if your budget does not cover buying a newer, more fuel efficient car that has significantly better mileage... what ...

What to Do If You Have a Blown Head Gasket

How to Keep Your Car From Overheating

How to pick the right kind of oil for your car