“In Part 1 of this article, we tackled the basics regarding EP2 grease including its definition, benefits, and application. On this continuation, we delve deeper into the more complex factors about this lubricant.“ 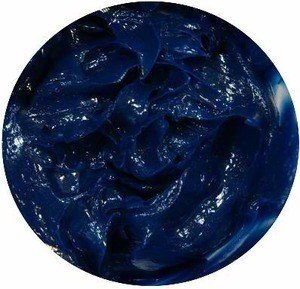 What is Lithium Complex in EP2 grease?

Lithium complex greases were first developed in the 1940’s with the patent granted to Lester W. McClennan. It was only until the 1980s, however, when this grease type was finally released to the market. Since then, it has slowly replaced simple lithium complex greases which had been the choice product at the time.

Lithium complex greases have a higher dropping point (read below to find out more about this) as compared to the simple soap ones. This is because it has a second thickener component or complexing agent. EP2 grease variants nowadays also employ a shorter chain-length difunctional carboxylic acid. Moreover, modern lithium complex greases contain lower lithium salt content now as well.

The dropping point of a lubricating grease refers to the temperature at which its semi-solid state turns into a liquid under test conditions. This figure is usually provided following the ASTM standard products, the higher the figure, the better because it means it can survive higher stressed conditions. For best results, look for a product with a dropping point of F. 650+.

Other lithium thickener types like barium and calcium have better water washout capacities. However, certain negative aspects in their flexibility to applications makes them less than desirable. The water resistance of a lithium EP2 grease can be improved by adding polymer additives to it in small concentrations.

The pumpability of a grease refers to its ability to be pushed or pumped in a system. A pressurized lubrication grease should be easily pumped through nozzles, lines, and fittings of grease-dispensing systems. Pumpability can be related to ‘apparent viscosity’ which is identified by measuring the flow rate of pressurized grease within long pipes. 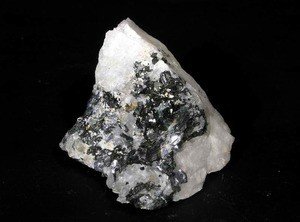 Molybdenum disulfide is a popular lubricant which was first used in military and aerospace applications. At present, it is now used in various lubrication greases for automotive and industrial use. This compound is very helpful in providing boundary lubrication to metal parts in contact with each other. Molybdenum disulfide provides better lubrication functions than the hydrodynamic regime where a thick fluid film is applied between parts. A high percentage (e.g. 10%) of this compound in a lubricant provides better results because they reach deeper valleys in parts, offer a smoother finish, and better load-carrying ability.

The NLGI consistency/grade is a unit of measure of the relative hardness of a lubrication grease. NLGI grade is divided into 9 categories with the numbers starting from 000 to 9. The 000 grade has a fluid consistency while NLGI 2 has the consistency of peanut butter. It is also the one considered as the “normal grease”. Grade 6, which is the hardest has the hardness similar to cheddar cheese.

Greases are not allowed to be corrosive to metals or exhibit corrosive qualities such as oxidation and aging. The rust prevention or resistance of a grease is determined by the ASTM D 1743 Test Method for Corrosion Preventive Properties of Lubricating Greases. A lithium that has passed this test means that it is capable of preventing corrosion and rusting in both storage and static conditions. An EP2 grease with a relatively good service condition under static conditions, moreover, is considered excellent.

The 4 ball wear test is a method that determines the capability of greases to prevent wear between steel-on-steel applications. Related to this is the 4 ball EP tester which is commonly used to test heavier loads under severe conditions.

The weld point in a 4 ball EP test refers to the load at which the lubricant finally breaks down. It also refers to the temperature at the point of contact in which a metal finally melts. A good figure in an EP2 grease is around 700 and more because it means the lubricant has a higher resistance against meltdown and breaking. Connected to this is the scar diameter which refers to the size of scarring on parts the moment they break. A low scar diameter (millimeters only) is a good figure.

"Lubricant greases are semisolid products that have high initial viscosity commonly applied in wheel bearings and constant velocity joints. They are made from emulsified soap with oil and provide parts with what is called "thixotropy". Thixotropy is defined as the shear-thinning property of  "flowing" usually thick or viscous fluids through stress." In ...

6 Tips for Purchasing a Used Car

Moving Your Car? 5 Points You Need to Know

5 Ways how the Weather Affects Your Fuel Economy

How to Increase Fuel Efficiency While Towing

What is the Best Grease for my Car?