“Diesel fuel additives are just one of the best technologies ever created for the automotive industry. They provide numerous benefits ranging from better fuel economy to lesser emissions. In this article, we discuss some factors that will help us learn more about these products and how they work. If you would like to skip the learning curve and go straight to Part 2 review, please click here.“ 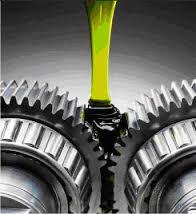 Lubricity has always been a term often mistaken for viscosity or the thickness of fuel. However, the lubrication properties of a certain fuel is not directly connected to its thickness but rather to its components which stops wear and tear of colliding surfaces. Following this, lubricity can then be defined as the measure in which a lubricant can reduce friction.

Before, the lubricity of diesel fuels were enough to offer the needed protection required for an engine to provide adequate performance. Diesel fuels were naturally made before with sulfur compounds that give its lubricating properties. However, this changed because of regulations in certain countries (e.g. EU and US) which mandated the removal of sulfur. Nowadays, reformulated diesel fuels have lower lubricity properties and usually need the help of a diesel fuel additive that offers lubrication properties to prevent excessive engine wear.

In automobiles, fuel economy refers to the relationship between the distance traveled and the fuel used by the vehicle. Fuel economy has always been a big issue in the automobile industry due to fuel consumption being a great contributor to air pollution and a big player in a nation’s foreign trade. Due to these, it has always been under the interest of many to improve fuel economy.

The problem, however, is that fuel economy is not an easy thing to achieve because of some processes that commonly happen within an engine itself. A lower fuel consumption is not always achieved due to incomplete internal combustion typical in engines. When a fuel does not get proper combustion, it doesn’t produce the same amount of energy that it was supposed to provide. This is just one of the reasons why the cost per gallon and fluctuating fuel prices are such a heavy issue for motorists.

A diesel fuel additive, however, can help improve this in a number of ways. For example, a diesel fuel additive can help promote the expending of a fuel’s chemical energy by preventing the formation of carbon deposits that usually form during incomplete combustion. With the absence of these blockages, fuel efficiency is improved and the engine can operate smoother than usual. 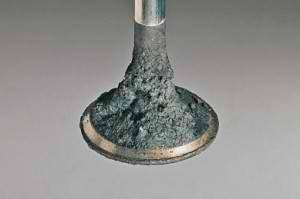 In general, carbon deposits are power-robbing deposits that develop inside the engine when the fuel sprayed to the intake valve dries up. These deposits can absorb incoming fuel and grow bigger when not immediately taken care of. Once the valves become heavily deposited by carbon, they cause a lean air/fuel charge to be drawn into the chamber. This results in a less efficient combustion and the creation of more carbon deposits.

These carbon deposits, when left to stay in the engine for a long-time, can cause problems like lower compression ratios which can lead to a drop in power. Engine wear and tear is also highly possible because of engine parts becoming unbalanced due to blockage by the deposits. Cold-end erosion and uneven fuel burning can also develop as well.

How a Diesel Fuel Additive Can Solve Carbon Deposits

A diesel fuel additive helps by liberating the chemical energy of the fuel on boilers or the flame zone of an automotive engine and breaking down carbon deposits on engine parts. This way, the formation of soot and particulate emissions are reduced and less fuel is wasted. Boiler performance is also improved and require less maintenance because of its smoother operation. 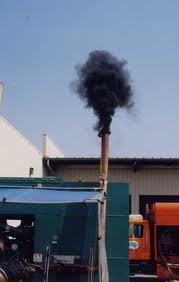 Black soot, also known as black carbon is a harmful air pollutant or particulate emission. It is commonly composed of small particles of dust and liquid droplets and is the result of incomplete combustion of diesel fuel or gasoline. Black soot is the second largest contributor to global temperature increases and has been connected to serious health problems. Since the soot is too small, it can easily be inhaled and enter the bloodstream. Cardiovascular problems have always been connected to particulate matter in the air though cancer and reproductive problems can also be traced to black soot.

Particulate matter is just one of the few harmful by-products of incomplete combustion. Some other notable emissions are carbon monoxide which is an odorless gas that is mostly associated with transportation, nitrogen oxides which can cause infection in the eyes and respiratory system, and volatile organic compounds (VOC’s) which are components of acid rain and smog. Another notable gas is the ozone which results from the action of light over hydrocarbons and volatile organic compounds in the lower atmosphere. This pale blue gas can be poisonous and a mere drop of 5% in its concentration can lead to a 10% increase in eye cataracts and skin cancer.

For emissions, a diesel fuel additive can help by improving the internal combustion within the engine itself, thereby burning more of the fuel as designed. Some products, for example, reduce the excess air requirement for the combustion process. As a result of this, the combustion goes on more smoothly so that it produces more energy and also lowers emissions.

In essence, a quality diesel fuel additive can help improve several problems in a diesel engine related to combustion. It is probably considered most beneficial with the way it improves the overall combustion of fuel which is the primary root of many problems in an engine.

In the Part 2 of this article, we will compare some of the more popular diesel fuel additives on the market. If you want to skip the competitive review & check out a good example of a high quality fuel additive, click here.

"The internal combustion process within an engine works under the principle of putting an amount of high-energy fuel in a small and enclosed space and igniting it to produce energy. This energy is then translated into motion that propels the engine of a vehicle. The benefit of a combustion fuel catalyst will be discussed below." Several factors are ...