Diesel Emissions and Black Soot: What are We Doing to Control Them?

“Diesel particulate matter is considered as the most complex of diesel emissions. Lately, more concern has been thrown towards the issue of its negative effects to health, air quality, and the environment in general. 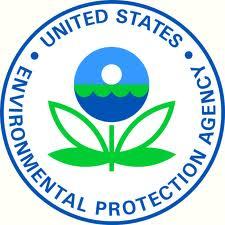 With the use of a nationwide network of monitoring sites, the EPA came up with ambient air quality trends for particulate matter (PM) and diesel emissions. Set under the Clean Air Act, EPA reviews national air quality standards for PM. This is monitored by measuring concentrations of PM all throughout the country.

Under this mandate, each state is required to develop a plan outlining how it can maintain the National Ambient Air Quality Standards (NAAQS) set by the EPA for six criteria pollutants, one of which is particulate matter.

In the event that the EPA rejects that state implementation plan, the Agency has the right to issue and enforce a Federal Implementation Plan (FIP) to ensure the maintenance of NAAQS. The Clean Air Act can also enforce penalties or “sanctions” in the areas that did not satisfy the requirements. 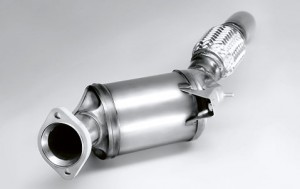 Diesel Particulate Filters (DPF) are one of the technologies developed to decrease diesel emissions.  Used for around 20 years now, this device is fitted to a diesel vehicle and functions by filtering particulate matter from exhaust gases.  The DPF traps the solid particles that are usually released as black soot while letting the gaseous components to escape.

DPFs are required to be emptied of the particulate matter trapped inside them. Also called regeneration, this process involves burning the soot to gas at high temperatures. When not carried out properly, regeneration can cause more black soot buildup. The latter is a situation which has led to some owners of diesel vehicles entirely removing the filter. Doing this, however, is considered an offence under the Road vehicles (Construction and Use) Regulations and will render a vehicle illegal for road use. 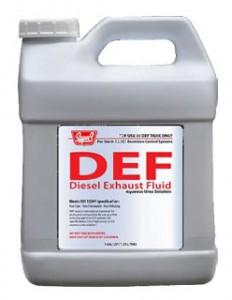 A more recent innovation for diesel emissions is the Diesel Exhaust Fluid (DEF). This reactant is used in Selective Catalytic Reduction (SCR) technology to reduce nitrous oxides. It is a non-hazardous solution made of 32.5% Urea and 67.5% deionized water.

DEF is injected into the exhaust chamber where it will be converted to carbon dioxide (CO2) and ammonia (NH3). The nitrous oxides then released through diesel combustion react with CO2 and NH3 to form harmless nitrogen and water which will be released to the atmosphere.

Just like diesel particulate filters, the EPA has set rules that prevent vehicle manufacturers from running low on DEF. When a DEF tank is near empty, the driver is given a set of warnings on their dashboard displays. The alerts are first signaled once the DEF in the tank drops to 10% then at 5%, and 2.5%. In the event that a truck’s DEF is drained, the power of its engine is reduced and the speed of the vehicle will be limited to 5 mph until the tank is filled again.

Wholesale supply and manufacturing of DEF has been properly adopted by the on-highway market since 2007. A lot of investment has been placed for the development of infrastructure meant for the supply, manufacture, distribution and storage of this fluid. 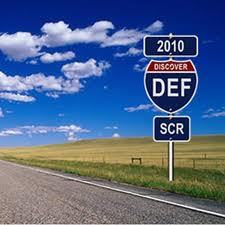 The Progress in Particulate Matter Control

A recent study published in The Journal of Geophysical Research-Atmospheres has stated that next to carbon dioxide, carbon particulate emissions are the second most important contributor to global warming. This bad news, however, is balanced by praises for the advancements in diesel technology and progress in particulate matter control.

Diesel technology in the U.S. has undergone a complete transformation in the last decade as the industry created more fuel-efficient diesel engines with lower CO2 diesel emissions and near-zero levels of black soot emissions. Emissions from heavy-duty buses and diesel trucks plummeted by 99% for nitrogen oxides and 98% for particulate emissions/black carbon.

Several reports and studies from the EPA have also confirmed that diesel engines are now responsible to merely six percent of all particulate emissions in the country. This can be attributed to the switch to ultra-low sulfur diesel and the advancements in diesel engine design and emissions control technology.

Moreover, the EPA projects that black carbon/soot will decline by 86% by 2030 based from the amount of reduction from 1990-2005. A huge chunk of the progress is attributed to the systems based approach that caused the development of cleaner diesel fuel which pushed large scale changes in overall engine design.

If you found this article of particular interest to you, please let us know. Also take a look at how one company is delivering a brand new pour-in combustion catalyst designed to bring even greater efficiency, less diesel emissions and better fuel economy. Click here to learn more.

"Friction, according to its encyclopedia description, is the force that opposes the relative motion or tendency of such motion of two surfaces in contact. When it comes to engines and automobiles, the term  holds a deeper relevance to car performance." Engines, Heat, and Friction A modern internal combustion engine is comprised of dozens of moving ...